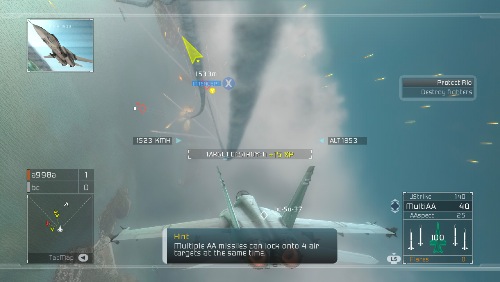 Ubisoft has announced, via their Twitter Feed, that a PC demo for HAWX will be released tomorrow - one week before the retail release of the four player co-op title on PC.  The console versions will be released this week.

Our guess is the demo is identical to the PlayStation 3 and Xbox 360 version of the demo which was released last week and 2 weeks prior, respectively.  The PC demo will be available to download via the official HAWX website.

If you are looking for a deal on the PC version, Steam is offering it with Blazing Angels for free if you preorder.