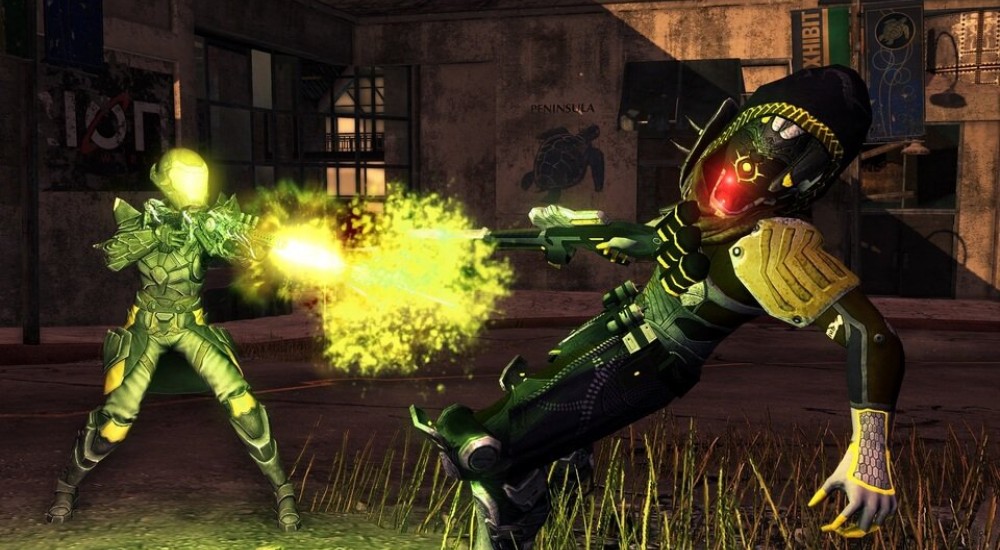 Ladies and gentlemen of semi-apocalyptic America, Defiance (by which I mean the TV show that aired on the Syfy Channel), is no more. The "mixed to average" rated television series survived only three brief seasons before getting the cancellation ax by its ruthless corporate overlords. The characters and stories of the show will not fall into the deep, deep abyss of forgotten television just yet, however. Defiance lives on in Defiance (the game), as the newest patch continues the plot from the now cancelled series.

Called "Dark Metamorphasis," this update snatches players from the rubble of San Francisco and tosses them into the rubble of Monterey. The seaside ruins of Monterey include a new dungeon for players to ransack, albeit solo.

You can check out the official patch notes on their site.

The danger of cross-media games always comes down to the unpredictability of television shows. It's great to see them supporting a game even after the series gets canned, but what does this mean for the future of Defiance? Seeing as how the game runs only on PC and previous-gen platforms, I wonder if they'll manage to keep the servers up long enough to see a satisfying conclusion for fans of the show. But, hey. At least it didn't get Firefly​'d.