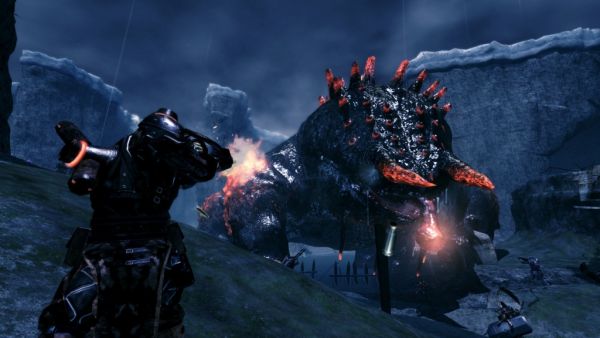 It's always nice when a single player game series adds in co-op, a la Resident Evil 5.  The latest title to join this trend is Capcom's Lost Planet 2.  If killing bugs to harvest thermal goo from their back ends was fun in single player, imagine the possibilities with a buddy to watch your back!  Capcom VP Christian Svensson promises that the upcoming third person action game will crank it up to eleven.

We're all for over investing as long as one of those investments is co-op.  It looks like Capcom really is making co-op a priority, as they promised.  I just took advantage of the weekend Steam sale for the original Lost Planet, and look forward to playing it to prepare for the sequel!