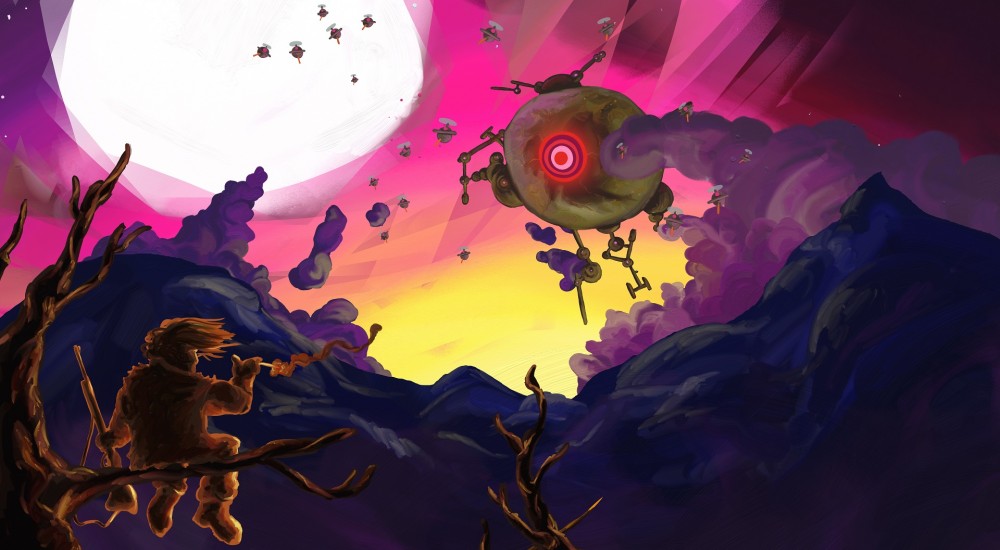 I'm a fan of action-oriented tower defense titles. The amount of time I spent playing Sol Survivor was far greater than I could have anticipated. Thus, I am both interested in and hesitant of Shoor Games' new title, My Tower, My Home. Combining the hectic energy of a platform shooter with the chaotic scrambling that happens in those later waves of a tower defense seems like a mighty powerful drug.

When a horde of mechanical foes come to your tower seeking to burn it down, what else are you going to do but defend it? Much like any tower defense title, you'll have rounds of ever tougher enemies to fend off, which will drop experience and coins you can spend in between rounds to improve your defenses and your stats. You can go it alone or you can bring along a friend (local only) to play as the hero's trusty robot companion, Sommybot. While the second player won't have quite the same options for upgrades as the main hero, he will have some unique abilities of his own.

My Tower, My Home will be available on Steam starting tomorrow, March 16, and features a two player couch co-op mode.