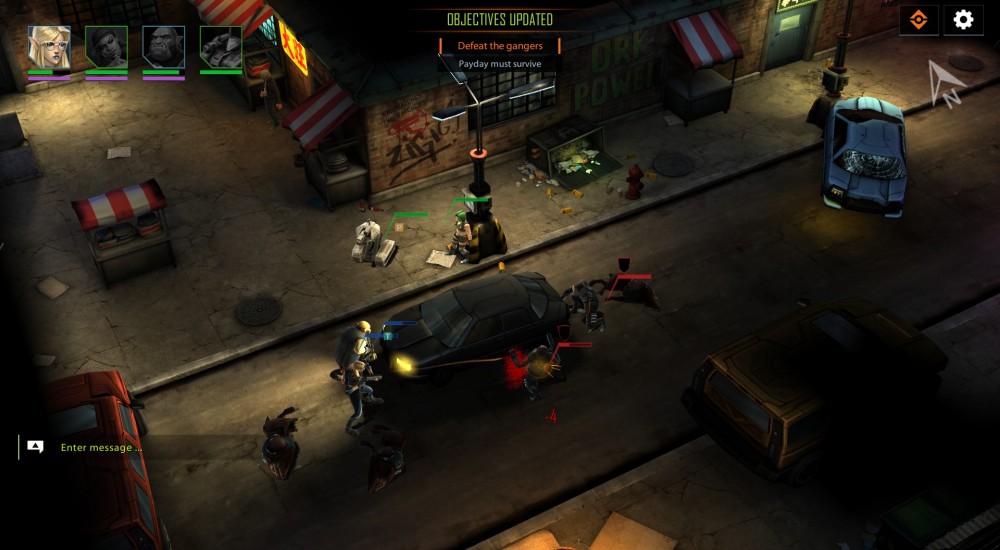 The Friday Awesomely Live Co-Op crew has never claimed to know anything. The other editors here at Co-Optimus are smart, witty, and have their act together. F.A.L.C.O., on the other hand, are just three average gamer dads who enjoy unwinding after a week of working for the man. So last week, when we jumped into Shadowrun Chronicles: Boston Lockdown, we were surprised to find that all the missions we played were only two player!

Co-Optimus hath wronged us! How could this be? Is it an error in the database? Do we need a mod? These questions were answered the following day when we found that we stopped just one mission short of the four-player missions. At the time, however, we had hope that the next mission might be four player, so we pressed onward only to be disappointed twice more.

In effort to curb Bobby's boredom and to play something with all three of us, we switch over to Renegade Ops. The game has it's flaws, but when you jump in a game with friends, it's simply a delight to play. I wish the missions made it easier to stick together, but with a little extra effort and communication, co-op really pays off. Granted, you're mostly just drawing enemy fire off each other, but that's still co-op!

We'll be back tonight with more Shadowrun Chronicles: Boston Lockdown (all three of us this time). Watch us and chat with us on our Twitch channel, live at 8PM CDT!