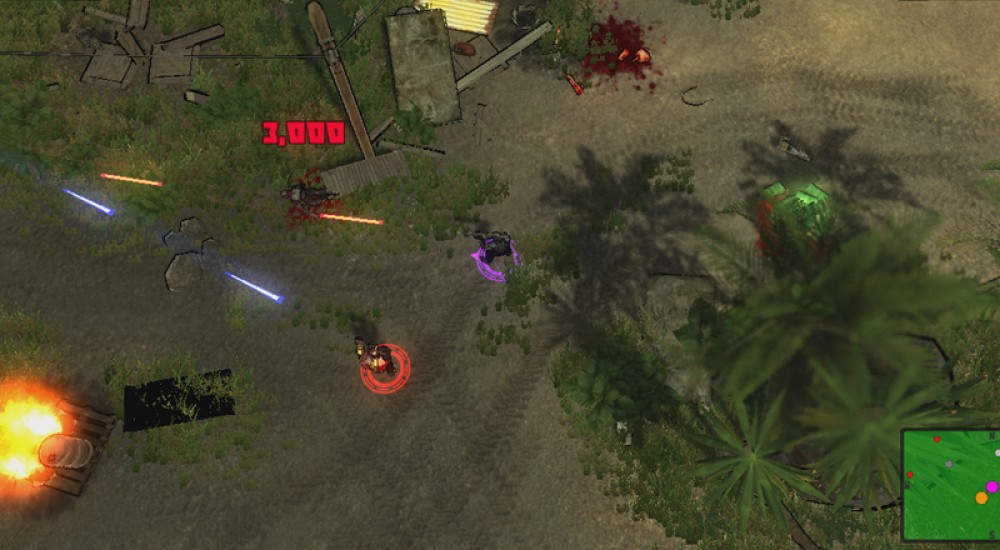 First teased earlier this year, the cooperative twin-stick shooter Action News Heroes should be making its way onto the Xbox One soon. Krewe Studios, the development team behind the title, just released the launch trailer for the game, which means its arrival can't be too far away.

Seems like no matter what game we talk about here, the future is always bleak. In the case of Action News Heroes, you're a mercenary that's been hired by a megacorporation, Network X, to take down one of its rivals, Sabre, while Network X's titular news branch films the whole thing. Yeah... kind of dark.

Action News Heroes supports two player local co-op. Each player will be able to select one of five mercenaries as you obliterate Sabre, drive up ratings, and earn a bunch of cash.