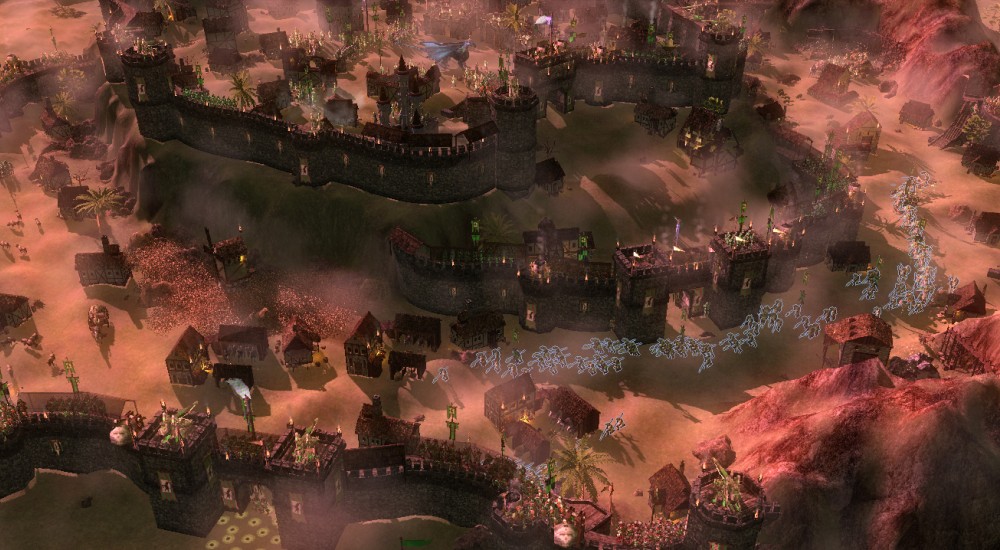 The RTS meets zombie survival title, Kingdom Wars 2: Battles, will be getting a free update sometime soon. Titled "Undead Rising," the expansion will largely involve some reworking of the single-player campaign (along with a few other tweaks), but it will also include some additions to the co-op Survival mode.

Since the title's release, developer Reverie World Studios has been looking over the play data and found that people are spending a lot of time in the game playing Survival (presumably with friends). As that's the most popular mode, it only makes sense for the expansion to focus on adding new content to that mode, like new zombie units and new A.I. From the developer's notes about the planned update:

We started by adding new Zombie units - from undead Ogres smashing everything and everyone around them, to large zombie creatures like Minotaur greatly diversifying Risen hordes. When designing new Zombies we made sure to stay close to the Risen lore, and design each new Zombie do be absolutely unique, with it`s own AI and abilities.

A lot of work went into making Zombies "smarter" and adding new abilities that will dramatically change Survival strategies. There`s new things like plagues or wall smashing decomposing Ogres to worry about.

There are a lot of other changes to Survival mode and Zombie behavior that we`ll let you discover for yourself as you try to Survive against expanded Undead forces.

No word just yet on when the Undead Rising expansion will be released, but the latest post from Reverie World Studios indicates that it should be here sometime in the next couple weeks.