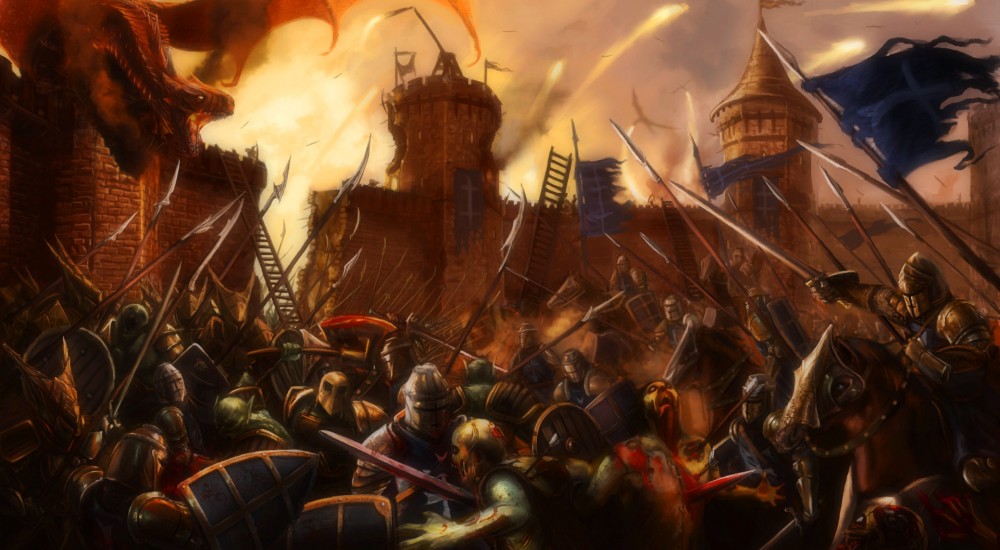 A new competitor for the title of "best zombie killing co-op game" has entered the fray, Kingdom Wars 2: Battles. The title, which recently left Early Access, focuses on the more strategic elements of battling the undead menace.

There are two main co-op modes in Kingdom Wars 2: Battles: Skirmish and Survival. Skirmish lets you and a friend team up to take down some A.I. controlled foes, or "comp stomping." Survival pits you against waves of zombies to see how long you can last. In both modes, the key to your victory will lie in how well you can build up your base and outfit your units. Of course, trying to fend off a never ending tide of the undead does tend to shift one's priorities to the defensive side of things.

Kingdom Wars 2: Battles is available on Steam for $29.99 and supports two players online for its separate co-op modes.