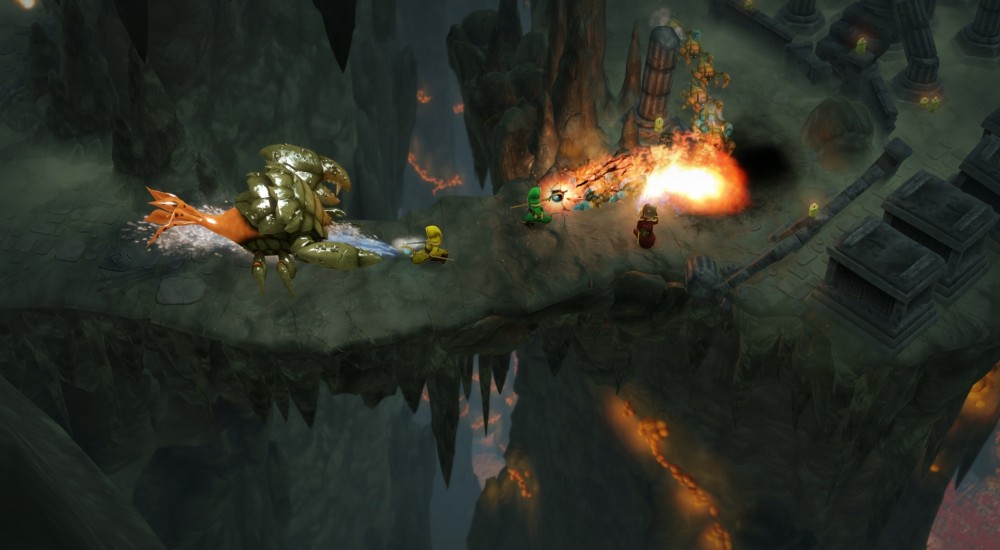 If there's one thing I could do just about all day, it's watch the videos/trailers that Paradox puts out for Magicka 2. Sure, there's something new they're trying to communicate here (a new element type and ice/steam elements now combine in the spell combo bar), but I mean, it's more fun to just watch!

In addition to the update to the game that added these elements, two new add-on packs are available for purchase. The first, titled "Gates of Midgard Challenge Pack," adds three new challenge maps to those that are available to you in the game's Challenge mode. One of the maps looks like it's in some kind of Egyptian tomb while another looks like it's set in a jungle. The other add-on, "Three Cardinals Robe Pack," just adds three new robes for your wizard to wear: a "Laurence of Arabia" looking affair, a frozen king, and a samurai.

The Migard Challenge pack and Cardinals Robe pack retail on Steam for $3.99 and $4.99, respectively, or you can pick both up for $8.99 on Paradox's website.