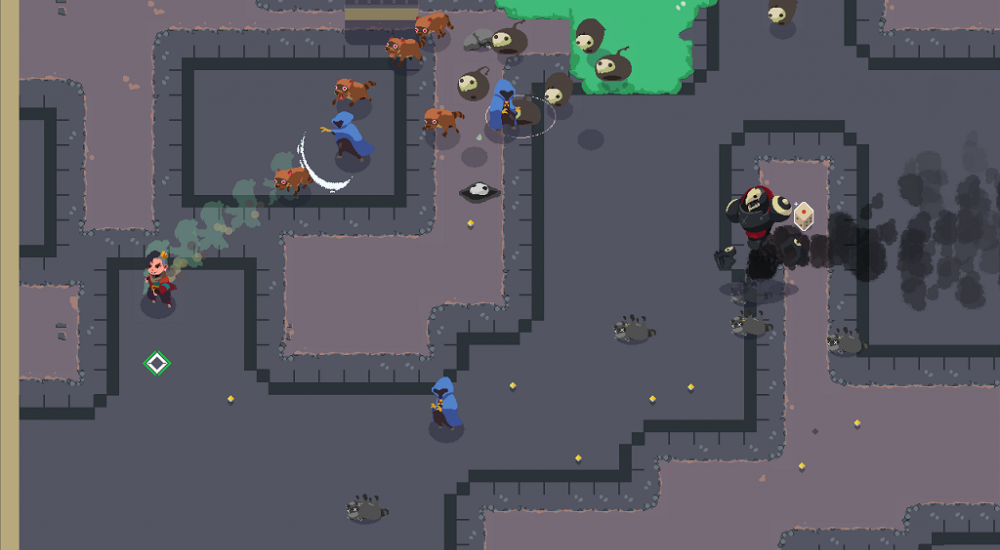 So many games these days have you crawling through a dungeon to get at some nebulous treasure looking within its depths. But why go down when you go up? Faux-Operative Game's Ruin of the Reckless is a "tower crawler" where you'll fight your way through floor after floor to reach the top and have your wish granted.

Described by the developers as a "twin stick 'fighter' roguelike," Ruin of the Reckless just recently made it through the Steam Greenlight process, so we can expect to see it up there at some point. While the graphics may remind you of the recent Hyper Light Drifter, the action itself has more in common with a title like Nuclear Throne. In fact, the devs have even cited that titles as inspiration.

Ruin of the Reckless will support two player local co-op when it finally arrives. Both players will control a character and work together to make their way through the tower.