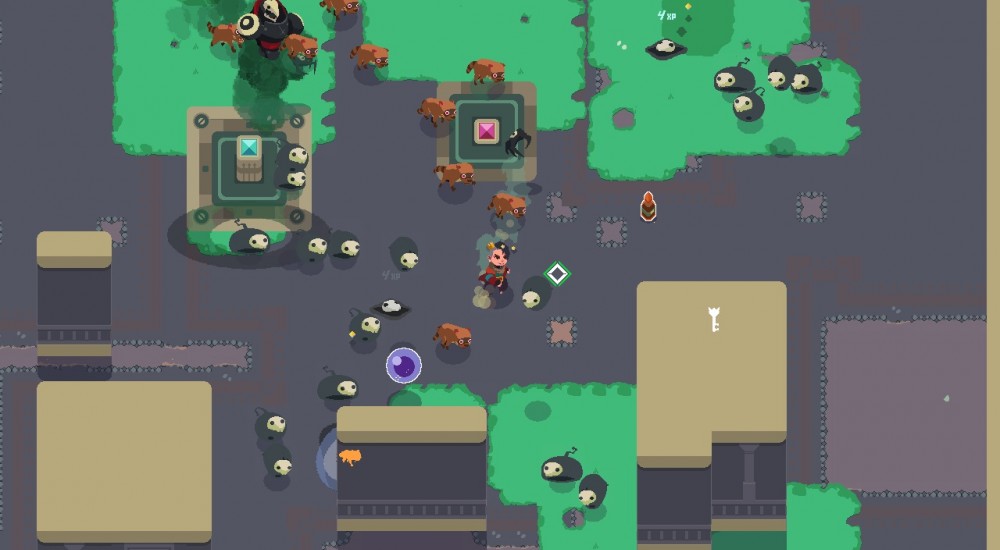 The roguelike family is about to usher in a brand new member: Ruin of the Reckless.  From what I understand, the introductory ritual involves lots of twin-stick mashing, chaos, and (naturally) death.  Here's hoping the folks over at Faux-Operative Games make it out relatively unscathed.

To celebrate their April 26th release date, the developers put together an announcement trailer showcasing the game's many, many enemies and the many, many ways you can take them out.  Take a peek:

As we mentioned back in February, Ruin of the Reckless now features two player local co-op, with players assuming the role of either Stargrove or Stella in their journey to ascend The Tower.  Those of us who tend to take up the mantle of second player have nothing to worry about, thankfully, as there's no "nameless sidekick" business here.  Both characters have their own idea of what to do once their task is complete, and the game sports unique endings depending on who makes it to the top alive.

When it does arrive, Ruin of the Reckless will be available on both Steam and Itch.io for $14.99.