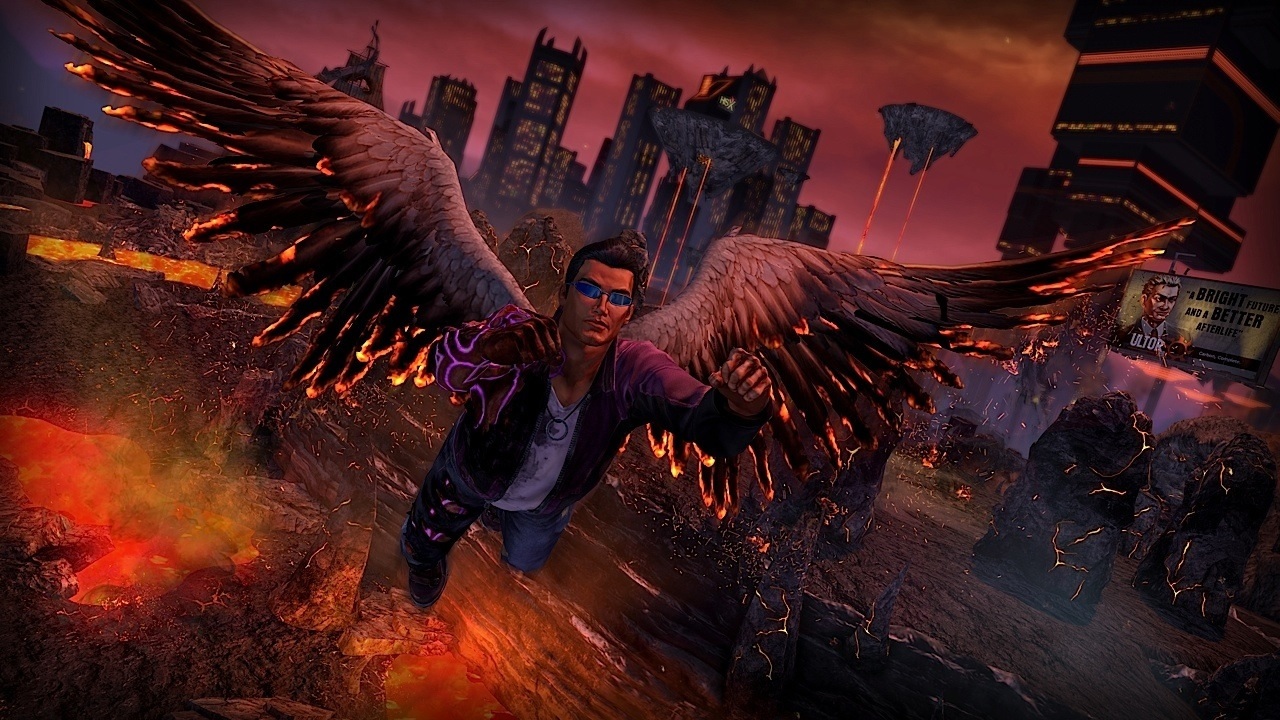 Before M$ had the idea to give away a couple of 'free' games every month, PlayStation were offering the service.  Yes, this may be because PS+ is a paid service, but a game for $0(ish) is nothing to be scoffed at.  The protagonists of the Saints Row series are used to taking things for nothing, so don't feel bad that in July you will get Saints Row: Gat out of Hell for nada.

Gat out of Hell is the full release 2 player co-op spin off from Saints Row IV and follows Gat into the depths.  It is essentially a very similar game to the series' fourth outing as you are bestowed with magical powers that allow you to fly, strike the floor powerfully etc.  It is certainly a fun outing, if you can stand the ribald humor.

If you are also looking for some solo action, July PS+ has these in abundance too: