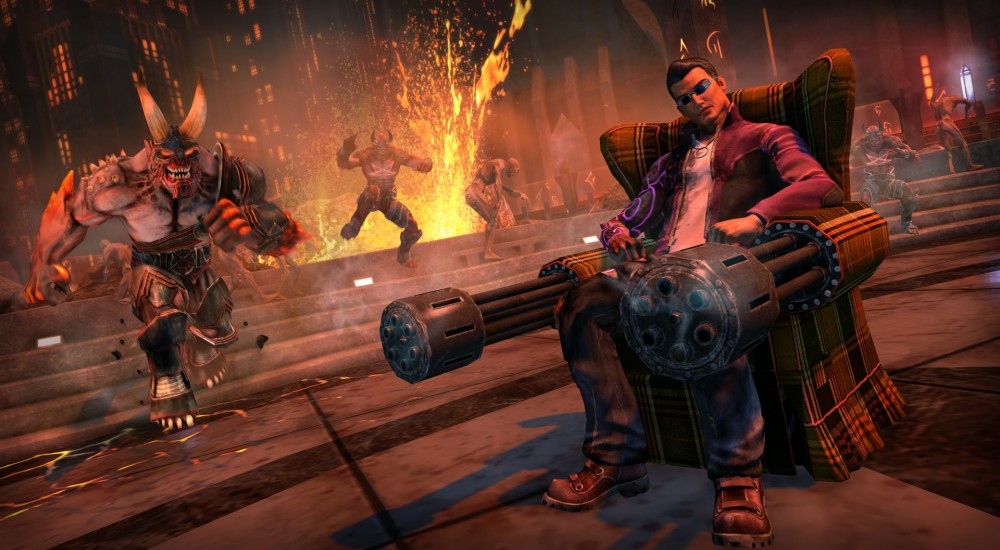 The upcoming stand alone expansion to Saints Row 4 has a release date. Saints Row: Gat Out Of Hell will hit the Xbox 360, PlayStation 3 and PC on January 25th, 2015. The game puts players in the shoes of Johnny Gat or Kinzie Kensington as you tear apart Hell in a quest to save the Boss’ soul.

A new trailer has been released showcasing the game's seven deadly weapons based on the seven deadly sins. Personally if a gattling gun recliner is a sin, I can't wait to go to hell to enjoy it. Or how about diseased frog launcher? The Saints Row series already pulled all the punches but this game looks to really turn things up to 11.

Saints Row: Gat Out of Hell will feature two player online co-op with players taking the role of Johnny or Kinzie. It'll launch for the very friendly price of $19.99. If you're looking to experience the game on "next-gen" platforms like the Xbox One or PlayStation 4, Deep Silver is relaunching Saints Row 4 with the Gat out of Hell expansion on those platforms for just $49.99.

Of course it wouldn't be a game release without some pre-order DLC.

Saints Row: Gat out of Hell Devil's Workshop Pack
SAINTS WINGS, JESTER'S SKULL
Tired of flying on the wings of a fallen angel? With the Devil's Workshop Pack you can fly on the purple wings of a Saint instead. Also included; Yorick, the flaming skull that acts as the source of Shakespeare's infernal might. Finally you can wield all of the power of Shakespeare with none of the iambic pentameter: what's not to love?