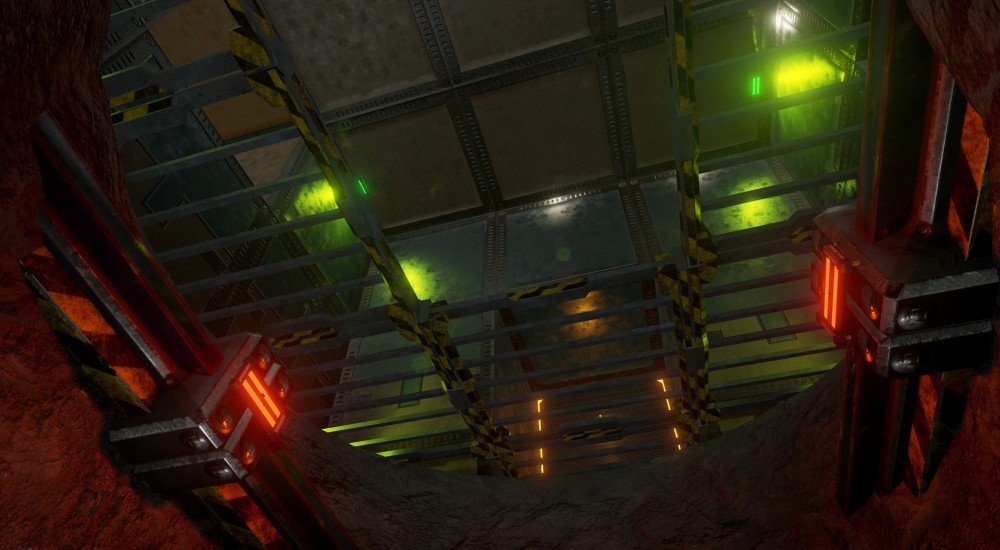 Descendent Studios has been hard at work reviving Descent, the beloved six degrees-of-freedom shooter that first saw release in the mid-90s. After a successful Kickstarter campaign last year, Descent: Underground launched on Steam's Early Access last October with just a handful of the planned/promised features. One of those features, co-op, will see release soon.

At the end of May, the development team pushed a new build to their test center that included a co-op vs A.I. multiplayer bots mode. The co-op mode has gone through some testing with those folks and it sounds like it should be added to the Early Access version of the game soon enough. In the latest update, Descendent Studios stated that the "next update will include online co-op play, the Warlock and Goliath ships, and much more."

Once it does, you'll be able to team up with a few friends online to play through a few of the game's multiplayer modes and battle A.I. bots instead of humans. The devs appear to be open to other ideas from the community, so there's a chance that it will expand beyond "comp stomping."

Descent: Underground is available on Steam for $29.99.