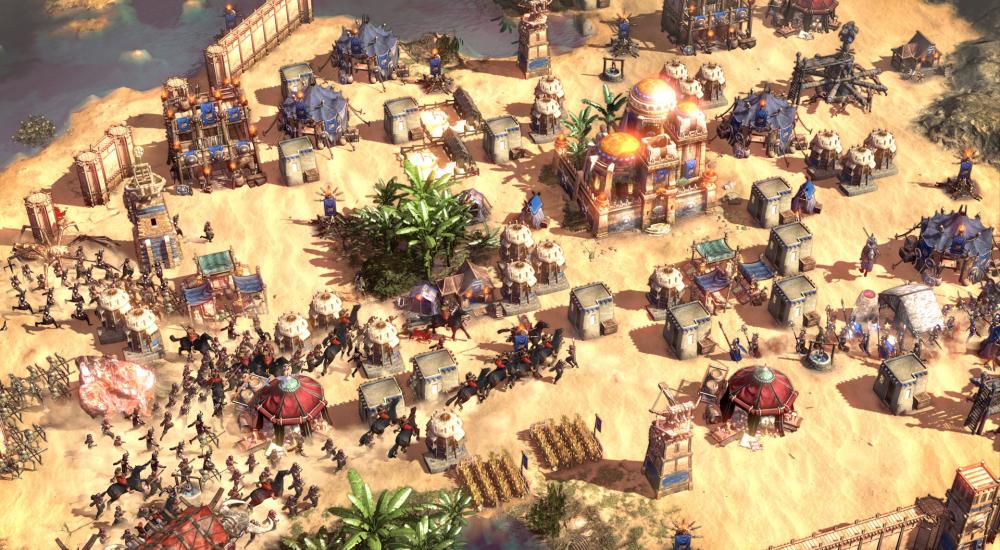 Funcom and Petroglyph have teamed up to create a different kind of Conan the Barbarian. Rather than run around as a naked man or woman hacking-and-slashing your enemies (and other players) to death, they've opted to go in a more strategic direction. Conan Unconquered is a "survival" RTS where you (and a buddy, if you like) have to build a stronghold and an army to defend it from wave after wave of enemies.

Petroglyph has a history of RTS titles - they did all those 8-Bit titles and Grey Goo - which makes sense as it's a company comprised of developers that previously worked on Command & Conquer. Not only do they "have the RTS chops," but they specifically have the co-op RTS chops, which is good news. As a "survival" RTS, there's a slightly different bent on this game over their previous ones. Instead of building a huge army to stomp another one, you're trying to defend a single base (stronghold) against an unyielding tide of foes. Not only will you have to defeat any and all enemies that come your way, you'll also have to do a little city management as you create new buildings, stop the spread of fires, and combat the disease that can spread by bodies left on the battlefield (yuk).

The dev team recently release a 20 minute gameplay video that shows off how all of this works when you play Conan Unconquered with a friend. Each player controls their own hero and has their own set of resources to use when constructing buildings, training up new units, and researching technology, but the goal is the same: defend your stronghold.

Conan Unconquered will be released on May 30, 2019 via Steam. Two player online co-op is supported.