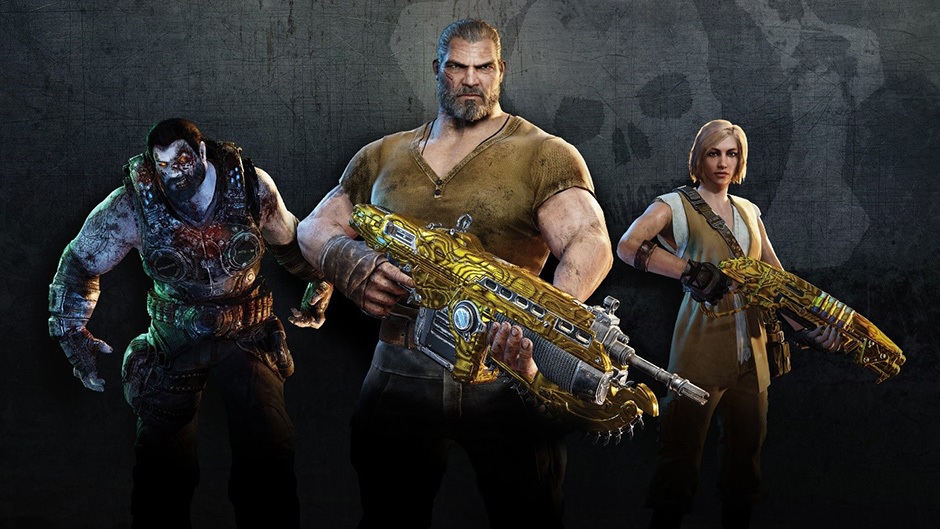 Throughout the Gears of War franchise the developers have been trying to tug at our heart strings, but I was all about the over developed muscles and casual swearing, rather than the family drama.  For those sad to see Dom meet his noble end *spoilers* you can revive his zombie corpse by purchasing Gears of War 4 in advance.

Any pre-order of Gears 4 will unlock the Brothers of the End Elite Gear Pack.  As well as getting a couple of blinged up weapons, you also get access to three character skins from the previous trilogy; Tomorrow Anya, Old Man Marcus and Zombie Dom:

“Tomorrow Anya” is named after her famous words following the end of the Locust War (“Tomorrow Marcus. We finally have a tomorrow.”) Her appearance is based on her look in the Gears of War 4 television commercial, “Tomorrow,” where she was introduced as the mother of JD Fenix.

“Old Man Marcus” features an older Marcus Fenix as unveiled in the E3 2016 media briefing demo. Twenty-five years after the Locust War, Marcus and the COG have long since parted ways. His facial hair has grown long and his COG regulation kit has been replaced with by civilian clothes.

“Zombie Dom” proves there’s no keeping a good solider down, at least in the form of this character skin created as tribute to Marcus’ dearly departed best friend Dominic Santiago.

The new skins will be playable in the game's Horde Mode - now known as Horde Mode 3.0.  As an additional incentive to own the game on day one, you also get the Gears of War game pack that includes downloads of all four of the original 360 games; all of which have awesome co-op themselves.