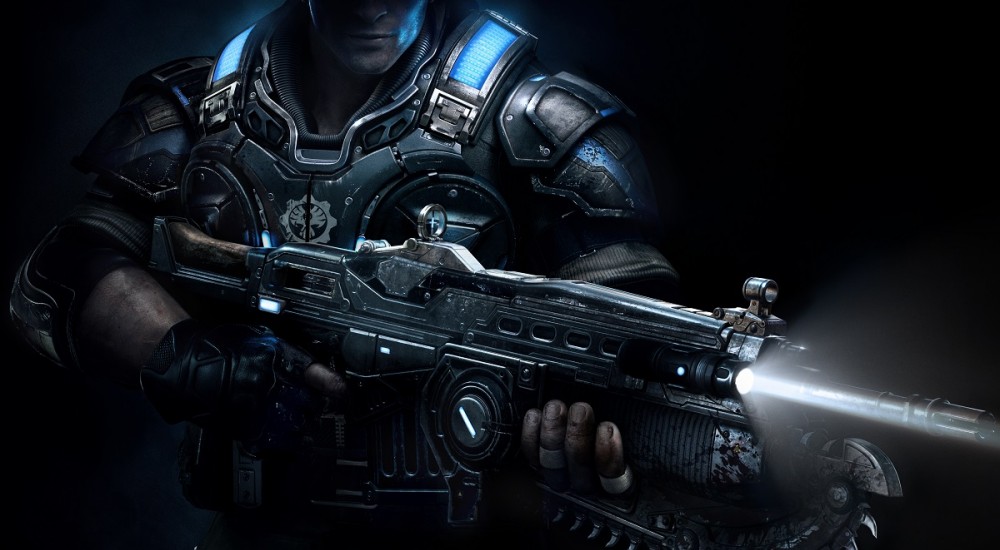 Return to the world of gravely voiced marines with chainsaws on their guns in Gears of War 4! That's probably not the official PR release announcement for the new Gears game, but maybe it should be? Teased during Microsoft's press conference on Monday, there will be a new saga with new characters coming late next year.

We don't have a lot of details about the game at this point, other than the gameplay teaser shows two people checking out a pretty run-down looking castle/villa at night when suddenly, hey, that's a gigantic tornado of fire and death! We should totally go inside this creepy place! Nothing bad can happen here.

It appears the new hero (J.D.) and heroine are not fighting the Locust, but some new kind of creature that lays goo spewing eggs, have a lot of spikes on their tails, and way more tongues than you really need. We're assuming based on the gameplay teaser that two-player co-op is supported. When we get more details, we'll be sure to update you all.