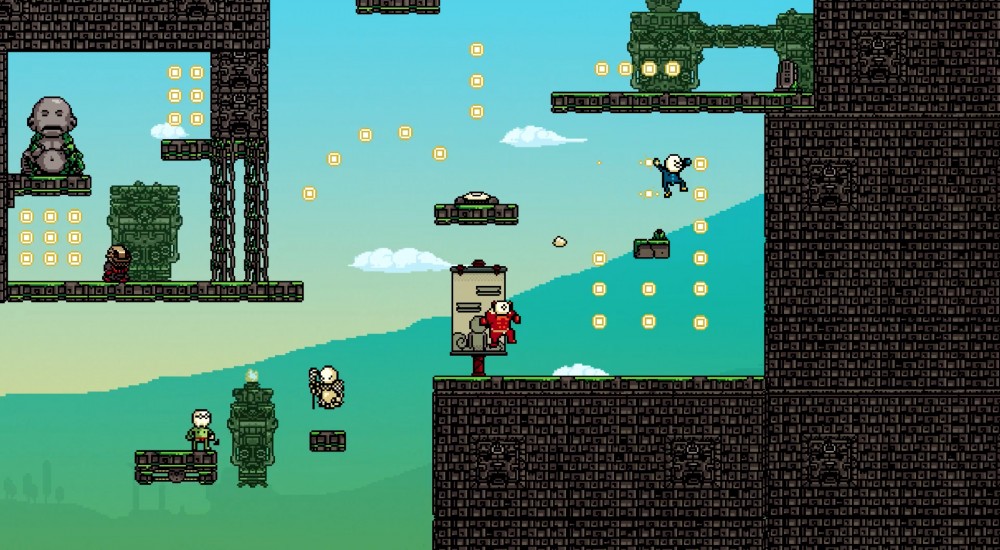 New indie developer Gamera Interactive will be making their Xbox One debut next year with Unit 4. The action-platformer is definitely invoking a certain 8-bit feel to its proceedings, but there are some puzzle elements as well that revolve around using the abilities of the four protagonists.

After an evil alien army steals a sacred artifact from your home planet, you and your friends will have to team up to retrieve it and discover why the army is taking artifacts from around the solar system. Each of the characters in Unit 4 has its own unique skills: Agility, Strength, Engineering, and Mysticism. As a team, you'll combine these skills to not only traverse the levels, but to solve both movement-based and logic-based puzzles as well.

Unit 4 will be available on the Xbox One early next year.