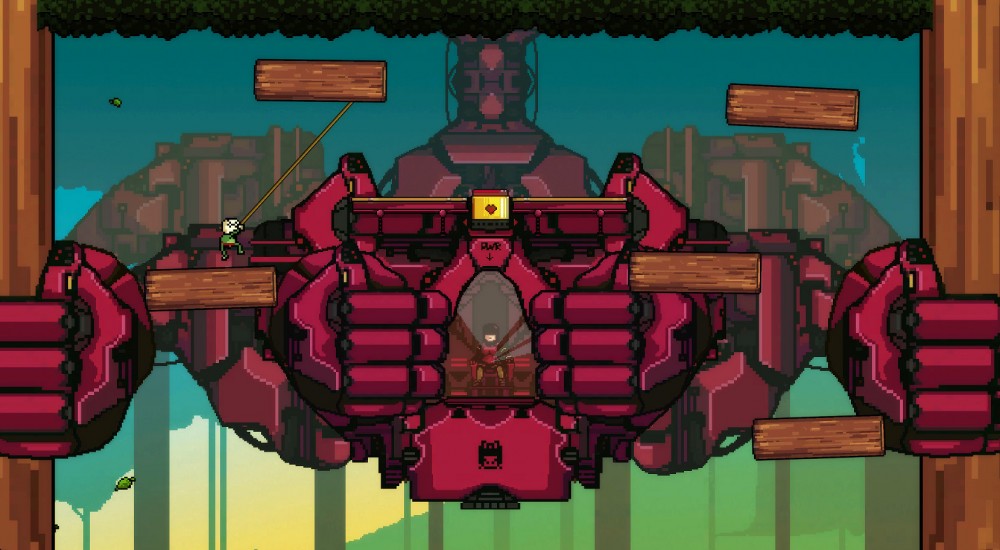 Gamera Interactive's debut title, Unit 4, is out next week so it's time to brush up on your platforming skills in order to reclaim your tribe's sacred artifact and save the galaxy. Probably in that order. I mean, it could have a third act twist where the sacred artifact was in you all along, but that seems unlikely.

The big hook to Unit 4, other than the classic pixel platformer look and feel, is that up to four players can team up locally to save the day. Each player can choose one of four different playable characters (Agility, Strength, Engineering, or Mysticism), each of which has their own abilities. Working together you'll face six bosses across 15 different levels in order to win the day (hooray!)