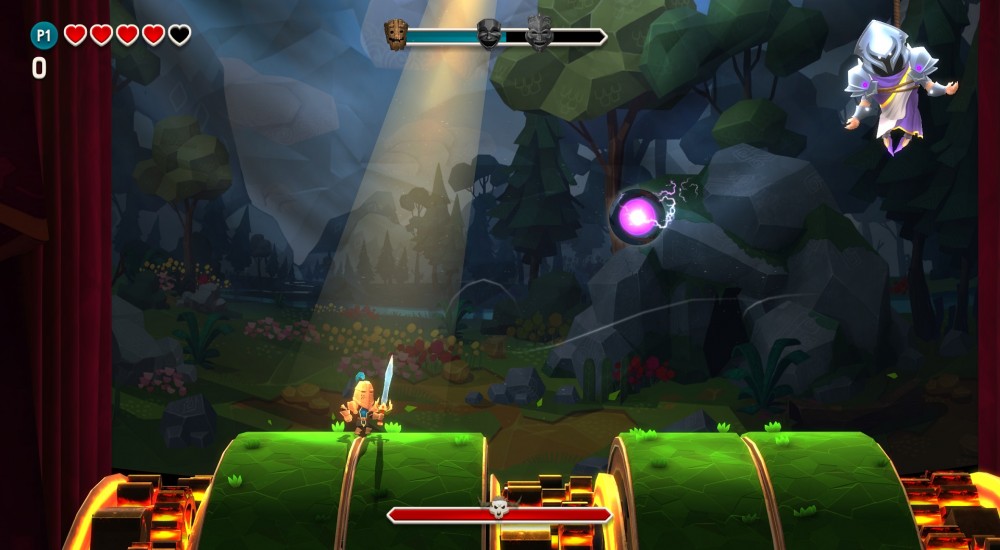 One of my favorite local co-op titles is the physics-based platformer, Chariot. It had all the elements of a good couch game: charming characters, easy to learn controls, and chaotic fun waiting to happen. Therefore, I'm very interested to see what Frima Studios is able to pull off later this month when their next title, Talent Not Included, arrives on PC.

The play is the thing in this co-op platformer. Three monsters are in the mood for a little entertainment and its up to you and your friends to do your best to not only entertain, but bring down the would-be directors as well. The action all unfolds on cylindrical platforms that rotate as you play, thereby changing not only the scenery, but the dangers you'll face as well.

Talent Not Included supports two player local co-op and launches on August 30, 2016 for PC and Mac OS via Steam.