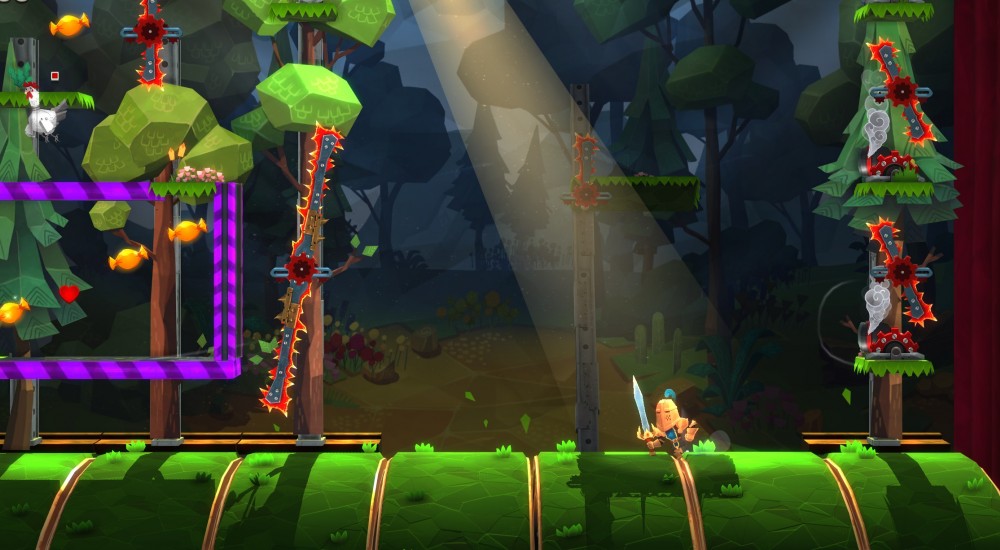 Frima's Talent Not Included will see an Xbox One release next sometime next year. The action-platformer tasks players with clearing the challenges of each "Act," i.e., level, to try and get the highest score possible.

I had mixed feelings about the game and didn't feel its co-op was all that strong, but certainly the game will look pretty good (and be easier to play with a friend) on a big TV. I mean, even the devs seemed to recognize that a couch is better for "couch co-op."

What would two people need to fight an enemy together? What’s missing in the game? What isn’t an armchair, but almost? To all these questions, we found one answer: a couch. The PC is an awesome platform, don’t get us wrong. But… who sits on a couch when gaming on a PC?

The solution seemed obvious: the game needed to be ported to Xbox One. A big TV screen, a controller for everyone, a good old couch, and voilà! Zordok, Derp and Kevin better watch out, because, as the unknown saying goes, "Well seated are the victorious."