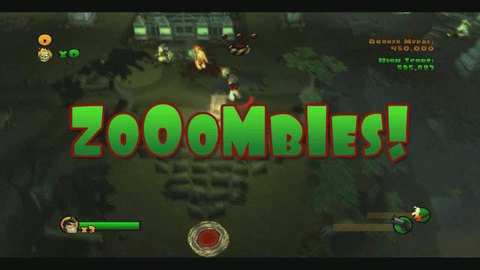 Burn Zombie Burn is a two player co-op game that's set to come out on the PlayStation Network on March 26th.  Game play is like a traditional dual analog shooter, and players are tasked with setting zombies on fire.  But a flaming zombie is an angry zombie, so you'll find them much faster and more difficult - but worth more points.

To celebrate the launch of the game, the DoubleSix development team has launched a dedicate YouTube channel.  Once the game launches Sony plans on holding trophy and score competitions in which players can win various burning zombie memorbilia like signed artwork and actual burned zombie parts.  Ok, I made the burned zombie part..uh...part up.  But that'd be cool right?