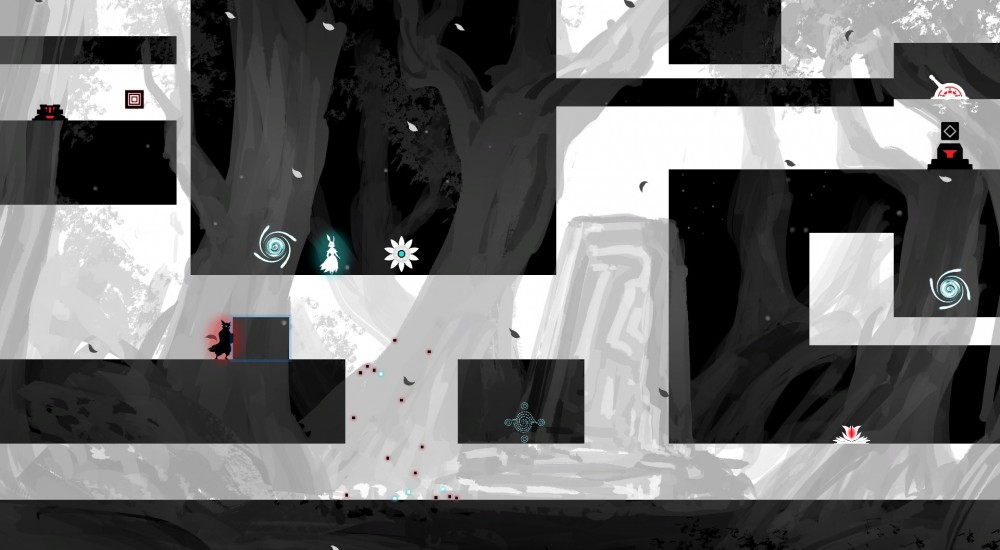 Indie developer Formal Sheep (great name) will be making their debut next year with The Rabbit and the Owl. Set in an ethereal world where there is only light and dark, players will have to navigate the titular characters through the opposing worlds in order to help each other progress in their journey and discover what happened to the land of Yril.

Based on the current look of the game, I really like what Formal Sheep has done with their monochromatic landscape. The sections that are black and white are clearly defined, yet they shift in way that looks more natural than "this is now this color." It looks like it allows for a better interplay between the two players as they try to help one another in the puzzle solving.

The Rabbit and the Owl was greenlit on Steam earlier this year, and is currently aiming for a 2017 release on PC and Mac. The title will support two player couch co-op throughout the main campaign. The developer will be demoing the game at this year's PAX West as a part of the PAX Rising group, and will be launching a Kickstarter later this week.