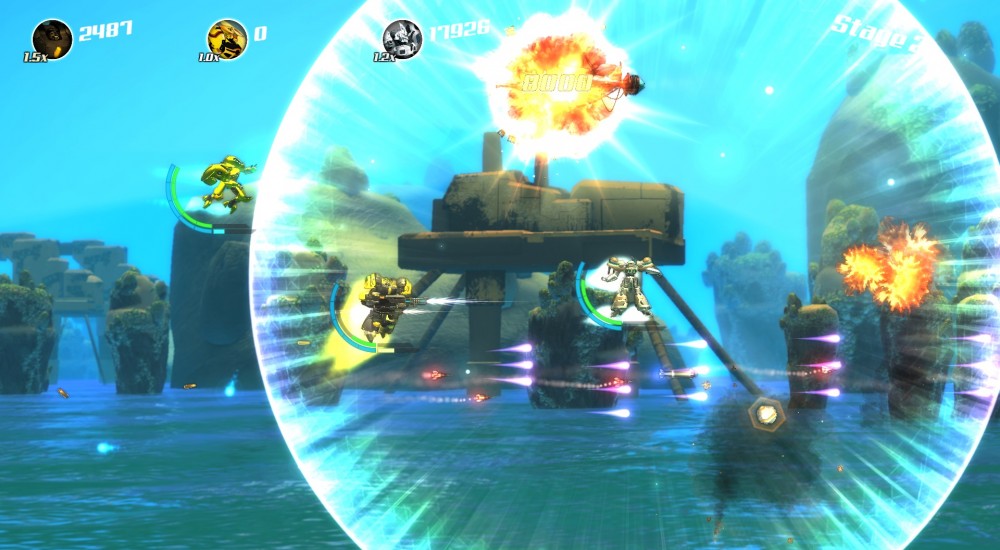 If you're anything like some of our staff, you wake up each day a little sad and think to yourself, "my life doesn't have enough mechs in it." Well, you'll only have to live that way for one more week as Stardust Galaxy Warriors: Stellar Climax is coming to the consoles next Friday!

Inspired by the side-scrollers/shooters of the 90s, Finnish developer Dreamloop Games has made a game in Stellar Climax that rolls gameplay elements from shmups, beat 'em ups, and RPGs into one arcade shooter package. Players can choose to pilot one of five mechs, each with its own superweapon and special ability, and then set off to save the future across the 30-stage campaign. Once you're done doing that, you can play again in the new New Game Plus mode, or put your skills to the test in the Gauntlet (endless high-score) and Challenge modes. Four player couch co-op is supported throughout all of the game modes, so you should definitely invite a few friends over to play.

Stardust Galaxy Warriors: Stellar Climax is an enhanced version of the existing Stardust Galaxy Warriors title that's currently available on Steam. That version will be replaced by Stellar Climax when it gets released next week on September 9, and all current owners of the game will get upgraded for free. PlayStation 4 and Xbox One owners can pick up the game for $9.99 when it becomes available on the PlayStation Store and Xbox Marketplace that day.