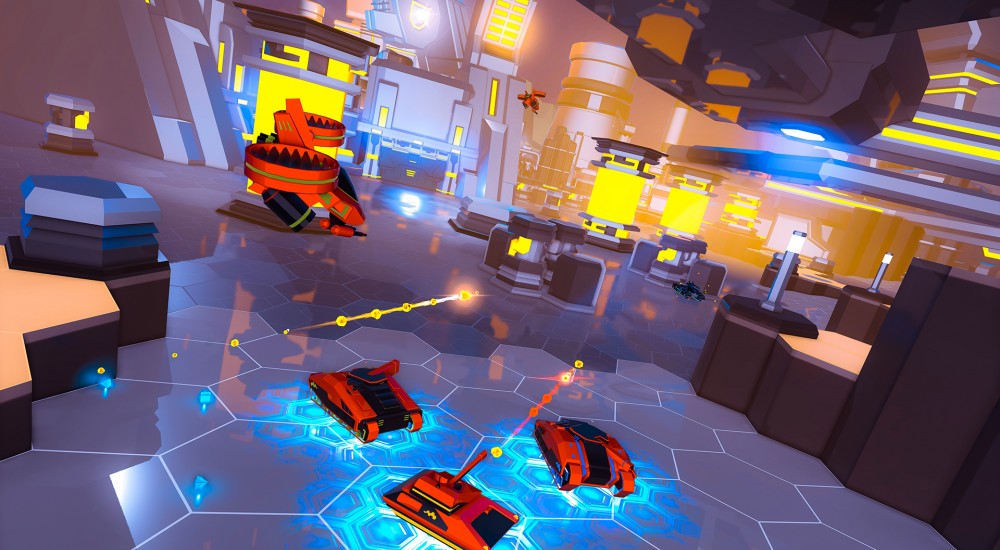 When they're not figuring out how to make sniper bullets move in the slowest of motions and cause the worst kind of damage to some people, UK developer Rebellion has been working on a modern take of the '80s arcade title Battlezone. The game is slated for release next month on the PlayStation 4 (a PlayStation VR headset is required to play) and it was revealed today that it will support four player online co-op when it launches.

The original Battlezone put you in the cockpit of a tank that rotated around a vector drawn world shooting the enemy tanks that popped up every so often. The arcade cabinet even featured a "periscope" viewfinder for looking out. This modernized version has some upgraded graphics, though it's still keeping that vector line style. The cockpit view is moved into the VR headset and you'll be able to look around to check your radar, mission objectives, ammo remaining, and more.

Rather than shooting a bunch of enemy tanks to get a high score, four players can team up to work their way through the entire procedurally generated campaign. Each player can choose from nine different tank chassis that have their own loadouts and apply modulators, like active reload, to make them even deadlier. By mixing and matching the chassis and loadouts, players will be able to complement one another and form a more destructive force than going alone.