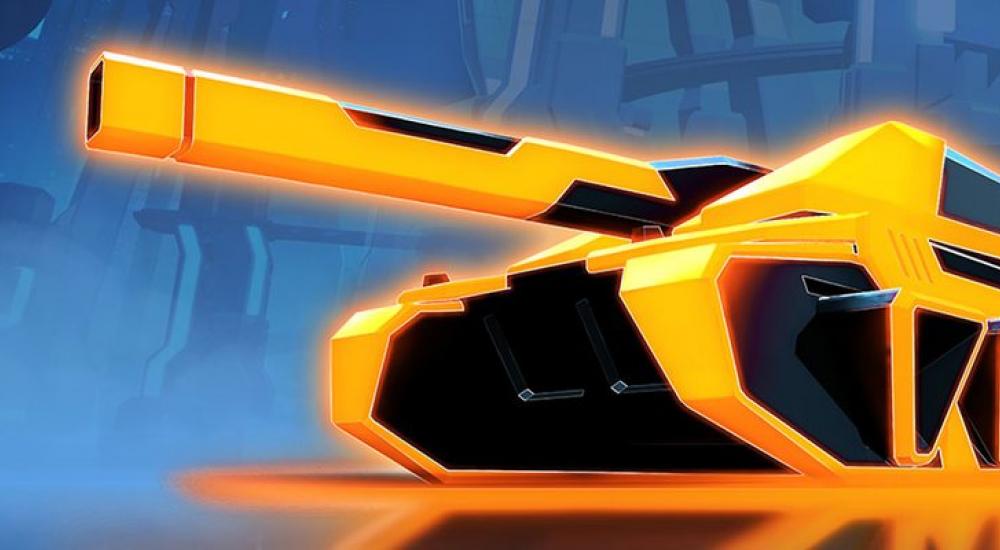 Two years ago, Rebellion revived the classic tank shooter Battlezone as a cooperative virtual reality game. While our own Nick Puleo considered it a quality (if overpriced) co-op game, players without VR headsets always had to sit things out. Now Battlezone: Gold Edition has arrived on console and PC without the need for VR, and we’ve got full co-op impressions to go with it.

Battlezone: Gold Edition is a brand-new release on Xbox One, and the already-released PlayStation 4 and Steam versions have automatically been updated to Gold Edition status (thus making VR headsets optional on those platforms). All four versions support drop-in, drop-out four-player online co-op. Seeing as how the game is new to Xbox One, that’s the version we played for this story (on Xbox One X hardware).

To play multiplayer, simply select Play Online from the main menu. You can then host or join a game and select options. If hosting a game with a friend or two, you might want to set the game to private – poor players can seriously impact the team’s ability to succeed in this game. Between missions, the team will spend a fair amount of time viewing the campaign’s randomly generated map, where everyone can purchase upgrades at any time and the host can select and launch missions. On the map screen, the number of players present in the game is represented by 1-4 diamonds that appear within a larger diamond shape (see screenshot).

The player indicator diamonds change color when players have readied up. After the host selects a mission, the game initiates a countdown and says that it’s waiting for other players to ready up. Oddly, it will start the mission whether or not everyone is ready. Assuming that’s intentional, I guess the wait for everyone to ready up is ceremonial in nature. In-mission, Battlezone: Gold Edition is a fun and satisfying tank game. The tanks are fairly slow moving, but you can dash at the expense of your shield energy (which recharges over time). The low ammunition count of most weapons and slow weapon switching times are more bothersome, but you can mostly adjust and compensate for those elements with practice.

As for the online co-op, it has its strengths and weaknesses. On Xbox One, several players joined the slots that opened up in our game over time, dropped in mid-mission by matchmaking. Unlike most games, Battlezone doesn’t display a notification when a new player comes in, though. So it might take a little while to realize a new tank has joined the fray. Players automatically heal each other when in close proximity and can revive each other as well, with both mechanics really strengthening the cooperative gameplay. If revived by another player, the downed player won’t lose a life. But they can choose to respawn instantly, consuming one of the team’s shared lives. That creates a potential issue, as a bad player can hog up all of the team’s lives.

Your lives don’t just refill between missions – you have to purchase them with in-game currency, and each subsequent life is more expensive than the last. A random guy dropped into my team’s game, died frequently, and always chose to respawn, burning through our lives. We kept asking him to stop, but no dice – the dude just didn’t know how to play. If lives automatically filled between missions or didn’t get more expensive with each purchase, it really wouldn’t have been an issue. But as it was, we just barely managed to complete the campaign due to the damage the unskilled player had done.

Another issue with Battlezone’s drop-in, drop-out nature stems from the upgrade system. As the team completes missions together, players earn currency needed to buy upgrades and additional weapons. The farther you get in the campaign, the more you need those upgrades. But a player dropped in from matchmaking won’t have any upgrades at all, putting them at a disadvantage compared to everyone else. Scaling up joining players or giving them some catch-up currency would help make them more useful to the team. As it stands, you might be tempted to stick to private games over public ones. Those issues aside, Battlezone: Gold Edition is actually a lot of fun with friends. The unique tank-based gameplay stands out from typical shooters, and you also get a fair amount of content (including the original vector-based Battlezone arcade game as an extra) in the package. The VR versions will naturally provide the most immersive experience, but Battlezone works just fine without a headset, too.

Battlezone: Gold Edition sells for $34.99 on Xbox One, PlayStation 4, and Steam. A Switch version will arrive later this year.

The Co-Optimus Impressions of Battlezone: Gold Edition are based on the Xbox One version of the game. A code was provided by the developer for review purposes.