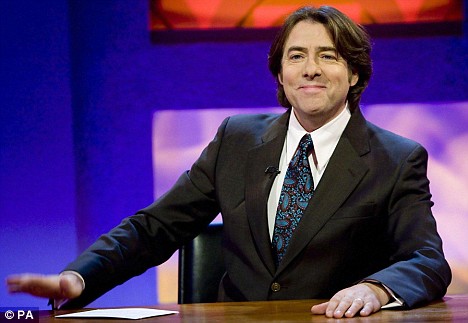 We wanted to like Fable 2, we really did.  In fact, the single player experience was really awesome.  But the co-op was just...lacking.

Thankfully it looks like Lionhead has a chance to redeem itself thanks to the twitter feed of Jonathan Ross, a British television and radio personality.  In it he mentions that he was recently asked to do some voiceover work for Fable III right after the BAFTA awards.

Goodnight all. Must go to bed. Got asked to do voice in Fable 3 tonight. Subarashi. Oyasuminasia. Woss out.

Lionhead usually has a hard enough time keeping Mr. Molyneaux's mouth closed, so perhaps it's refreshing that they have another problem on their hands.  Mr. Ross even had some morning after regrets:

Good morning. Today i must file DVD's, write a piece for The Times, apologize to Peter Molyneux then go Thorpe Park for SAW rollercoaster !

Alright Lionhead - now's the time to talk to us about how to do the co-op the right way!