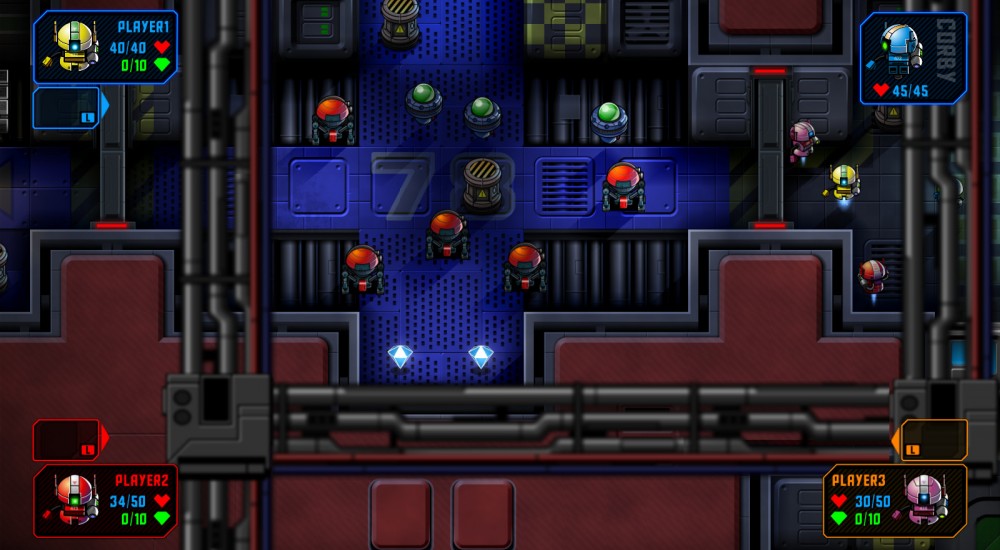 If you're currently trying to plan out your weekend in gaming, maybe take a minute to check out Gray Fin Studios' twin-stick shooter Dual Core. The title, which was inspired by a number of '90s co-op titles like Gauntlet and Smash TV, is currently 50% off on Steam until next Thursday, September 29.

Dual Core pits you and up to three of your friends against aliens and robots gone rampant throughout the Story mode or the endless Arcade mode. Each player chooses their favorite security drone and can customize them by upgrading their attributes.

Dual Core supports four players locally and online on the PC, though the latter is currently in beta testing. It's on sale for just $4.99 until next Thursday. The title is also on sale for $6.99 for the Nintendo Wii U via the Wii U eShop, though that version of the game is local co-op only.