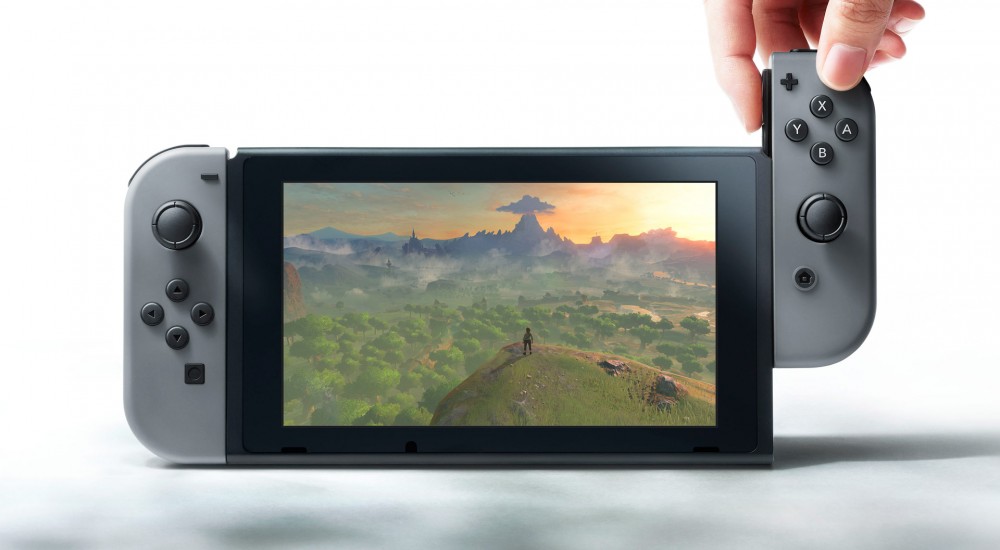 Ladies and gentlemen, this is a pivotal moment in gaming that many of us have eagerly been waiting for. After over a year of vigorous rumor and speculation, light has finally been shed on a question that has showered discussion boards and plagued the minds of gamers everywhere: what is the Nintendo NX? Well folks, today we get a glimpse of Nintendo’s next generation console, simply named the Nintendo Switch.

The newest member of Nintendo’s console family looks to be a radical departure from the design of competing mainstream game systems. Arguably the most notable feature is the Switch’s marriage of home console gaming with playing on the go, which Nintendo’s new system ties together on one device and (hopefully) one seamless experience. The Switch’s base includes a docking station that connects to your TV, where gaming can be enjoyed with a dedicated wireless controller. This controller is detachable into two smaller units which can be used independently (more on that later). For mobile gaming, players can remove the system base from the docking station and play using the aforementioned controller pieces, which connect to either side of the base unit.  This will all make much more sense after checking out Nintendo’s official announcement video below:

Obviously, we’re very excited about the idea to play cooperatively on the go with the system’s controller. Many 3DS owners out there are well aware of the hassle involved in setting up a 2-player game, which requires a link to another friend's portable console. With Nintendo's latest entry, it looks like those days are long gone.  The Switch will allow you to conveniently split your detachable controller in half, share one with your buddy, and play together while viewing a single screen. Equally interesting is the system’s ability to link up with other nearby consoles and experience LAN party-type gaming when more than 2 players are desired.  It’s definitely a lot to take in and frankly, hard not to get excited about. Will the system work as advertised?  How much will it cost once released? Will we see strong support from 3rd party publishers this time around?  Only time will tell, but we’ll be sure to keep you posted on updates leading up to the system’s March 2017 launch.