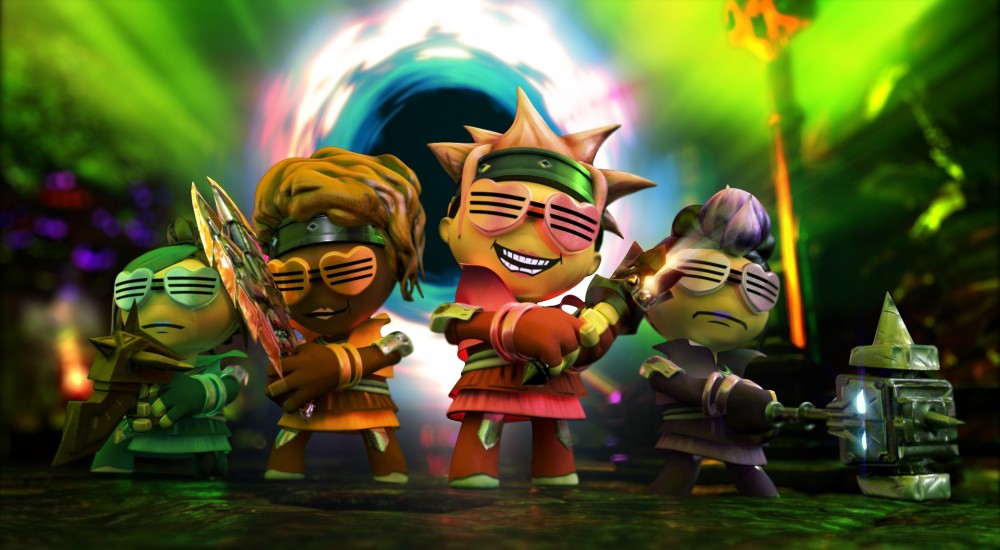 Sometimes, you and your bros (or broettes) need to rent a cabin out in the wilderness, enjoy the scenery, and just relax.  Other times, you and your bros have to grab your crossbows/swords/hammers/wands and just stomp the everloving crap out of whatever baddies stand in your way.  The latter of these scenarios falls under the purview of Super Dungeon Bros, which just got a few new trailers to show off all that vicious weaponry you'll be using to accomplish said stomping, as well as a few new characters to wield them.

First up, we've got crossbows, which allow you to puncture your foes from afar.

Next are wands, which use the power of the arcane.

After that, we've got swords, which... well, you can probably figure that one out on your own.

Naturally, hammers are for those who prefer crushing to stabbing/blasting/piercing.

Last, but certainly not least, developer React Games has announced a free-at-launch character pack adding four Broettes to the roster.  Check out the trailer below.

If you're intrigued by all these fancy trailers, you can pick up Super Dungeon Bros on PlayStation 4, Xbox One, and Steam starting November 1st.  Additionally, Xbox Live Gold subscribers will get it for free as part of the "Games with Gold" November lineup.  It features four player co-op in both online and local settings and a couple different ways to crossplay.  There's a lot of nuance in the co-op scenarios here, so it's probably best if you hop on over to their FAQ.