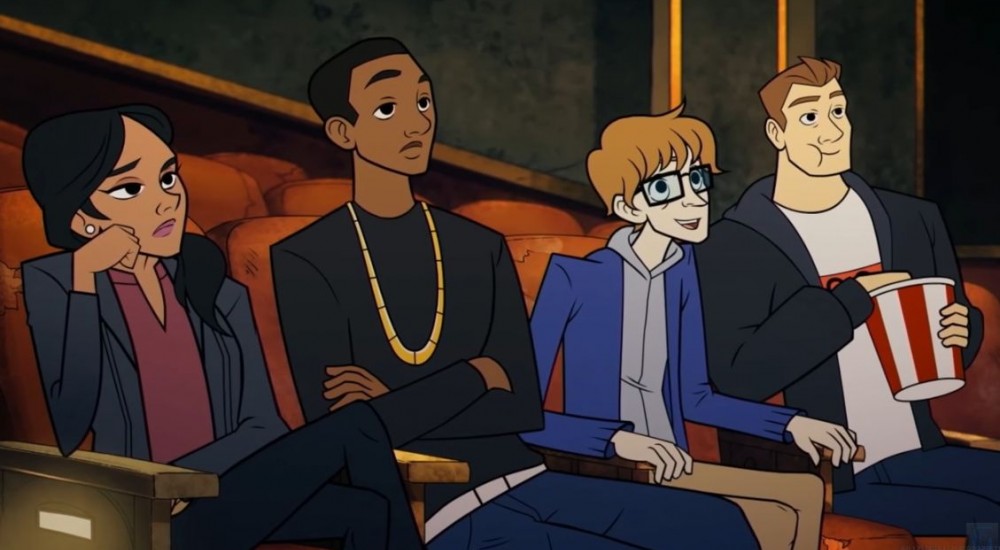 Infinity Ward has done some pretty unusual marketing for Call of Duty: Infinite Warfare. First there was that live action "go to space" trailer advertising the main game, and now there's... this. A Zombies in Spaceland cartoon short followed by gameplay that's almost as unusual as the intro.

Zombies in Spaceland lets you and three online friends jump into an '80s inspired space-themed amusement park filled with zombies. After magically getting teleported inside a director's horror film, four aspiring actors will shoot zombies as they adopt the personas of stereotypical '80s characters: the jock, the nerd, the valley girl, and the rapper. Even more radical are the styles of zombies they'll destroy, including zombies in Thriller jackets, zombies in 3D glasses, mohawk zombies, and zombie clowns. Amusement parks are fun!

The relationship between Infinite Warfare and Zombies in Spaceland is a bit odd. The main game doesn't include co-op, just the single player campaign. While this may be disappointing to some players, it actually gave Infinity Ward the chance to do some innovation with how co-op would be handled. The team discussed the pros and cons in a recent interview, which also details Zombies in Spaceland's strange and surreal arcade and card mechanics.