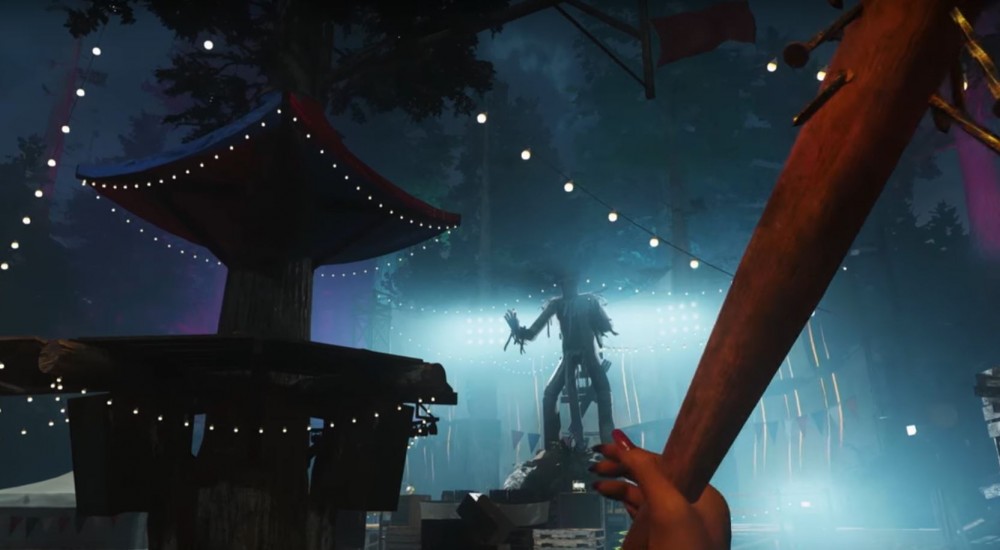 We suspected this would be coming, as the zombie mode in Call of Duty: Infinite Warfare has space for other "movies" in the game setup. When the Sabotage DLC arrives next month for the PlayStation 4, the "Scooby" gang will be shifting from the '80 in "Zombies in Spaceland" to the '90s with "Rave in the Redwoods."

The four aspiring actors that are hoping to make it big will now find themselves in a summer camp that's been taken over by "a few hundred raver kids" to hold an all-night rave party. Obviously things aren't going to go as planned if zombies are involved. Just as "Zombies in Spaceland" had a particular theme, "Rave in the Redwoods" appears to be going for more of a '90s slasher vibe. There's even some kind of special enemy called "The Slasher" that they'll have to fend off.

We were surprised by the amount of depth Infinity Ward put into "Zombies in Spaceland," so I'll be curious to see what secrets the new map will include. "Rave in the Redwoods" will be included as part of the Sabotage DLC which will be available on the PlayStation 4 first starting on January 31, 2017, and in all likelihood a month later on the Xbox One and PC. No price has been announced for the DLC, but if you own the Season Pass, that won't concern you.