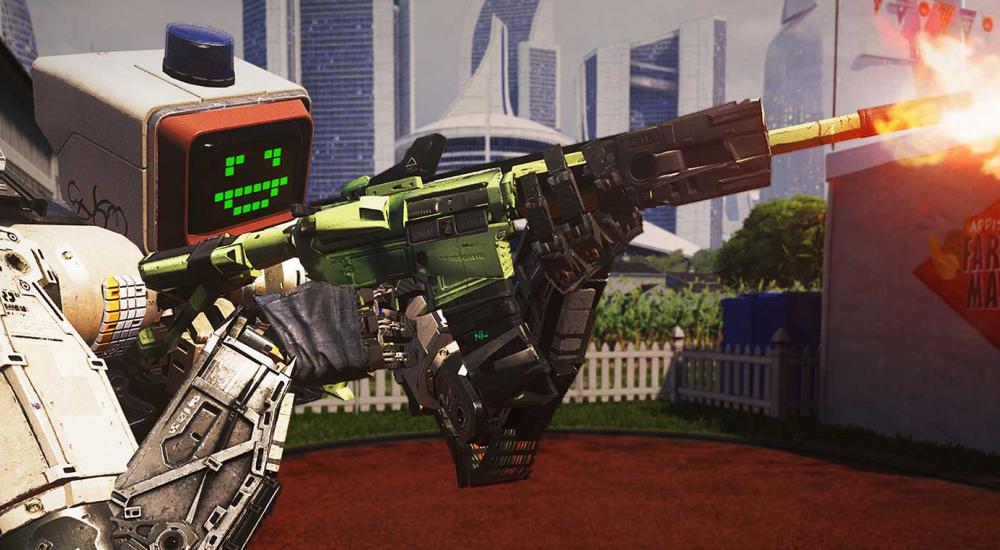 It's officially the spookiest month of the year and Call of Duty: Infinite Warfare is getting in the spirit with "Willard Wyler's Halloween Scream." Willard Wyler, if you remember, is the enigmatic director (voiced by Paul Reubens) that dishes out all those challenges for you and your squad in the Zombie Mode. This special event runs until November 1, and includes Double XP events, a new co-op game mode, and some other Halloween-themed goodies.

While a lot of those guns and goodies appear to be focused around the multiplayer part of the game, there is one nice thing for all of us co-op enthusiasts. We've talked before about how there are special bosses you can face if you complete certain (difficult) objectives throughout the course of the mode. Well during this Halloween event, you can face off against these terrible foes without having to jump through all of those hoops thanks to the Boss Battle Mode. Here's how it works:

The Big Bosses of Infinite Warfare are looking for a challenge this October, and it will be up to you and your friends to defeat them in the all-new Boss Battle. If you wanted to tackle the final boss of your favorite Infinite Warfare zombies episode, but had trouble figuring out the main Easter Egg, then this mode is for you, as you’ll skip straight to the climactic fight with the loadout of your choice.

The first episode, Zombies in Spaceland, will be available in Boss Battle throughout the Halloween Scream event, so you’ll have more than enough time to annihilate some aliens. As for the four DLC episodes, they will be available to play in Boss Battle on a week-by-week basis. That means you’ll be able to slice up that Slasher in Rave in the Redwoods one week, then slide into the Rat King in Shaolin Shuffle the next, before you make a seafood salad in Attack of the Radioactive Thing and then head to the ultimate battle in The Beast from Beyond.

I'm guessing you'll still need to own the DLC to actually face off against those DLC bosses.

Call of Duty: Infinite Warfare is available on PC, PlayStation 4, and Xbox One. It supports four player online co-op in the Zombie Mode only. The Halloween event is currently underway and wraps up on November 1.