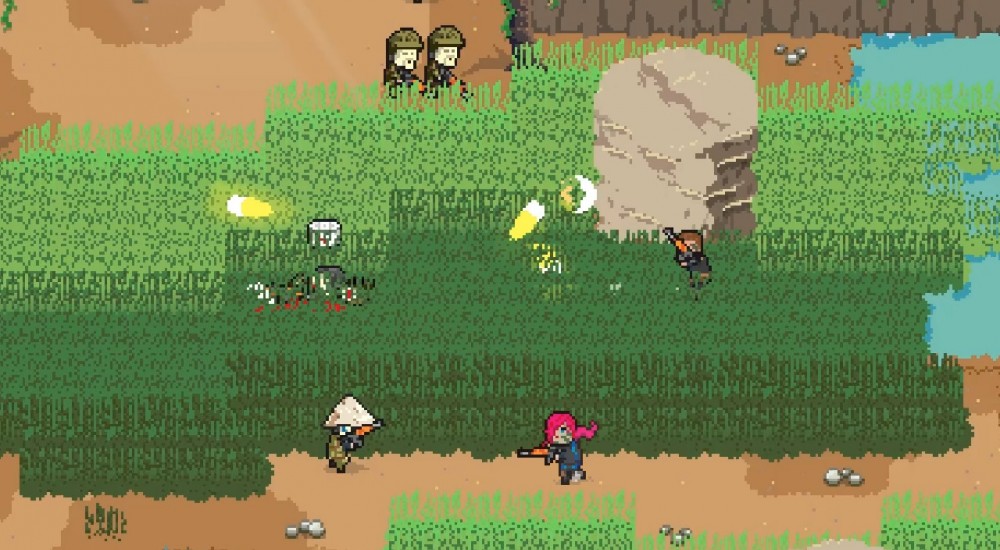 The mercenary group known as G.O.D. (Gold, Oil, and Diamonds), Inc. is charged with "controlling the masses" for the dark forces known only as the "Masters of Mankind." In 8DAYS you and a local co-op buddy play as two of G.O.D., Inc.'s mercenaries who are tasked with keeping the peace for the malevolent group. So, not exactly a "fighting the powers that be" sort of game; more enforcing the status quo.

8DAYS is currently available on Steam at a discount of 40% off during the Steam Autumn Sale, so you can pick it up for just $4.79. The game will also be making its way to the Xbox One and PlayStation 4 next year on February 7, 2017.