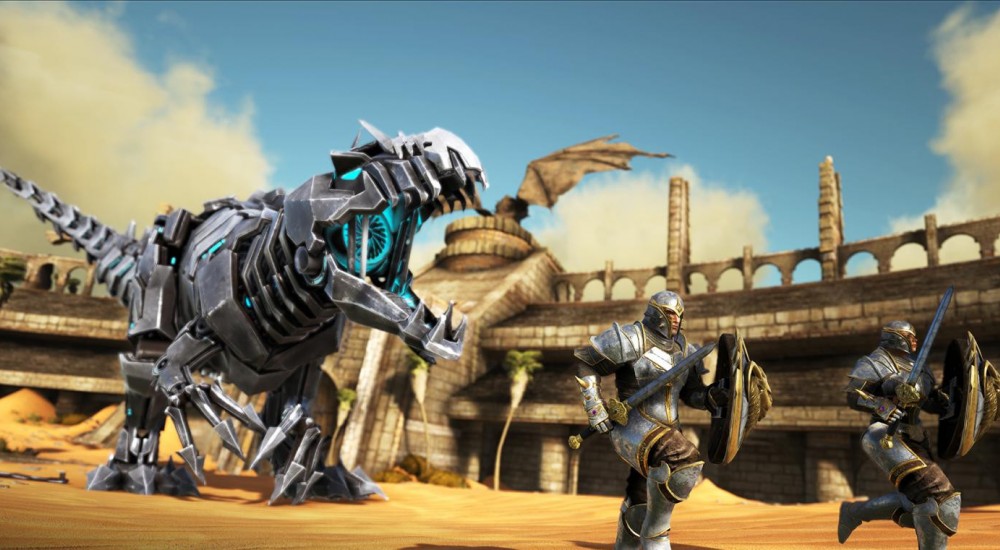 It's been promised for some time and now the PlayStation 4 version of ARK: Survival Evolved will finally be available to play on December 6. This is not the final version of the game, as the title is still in Early Access on Steam and Game Preview on Xbox One, but if you've been waiting for it to make it to this platform, then you only have to wait a few more days.

If you do pick up the game, then you should have access to all of the content that's been released thus far. The bundle also includes the title's first expansion pack, Scorched Earth, as well as some PlayStation 4 exclusive cosmetic skins for the Gigantosaurus and your in-game character. The ARK: Survivor's Pack will go on sale in both North America and Europe next Tuesday, December 6, for $54.99 USD and €49.99, respectively.