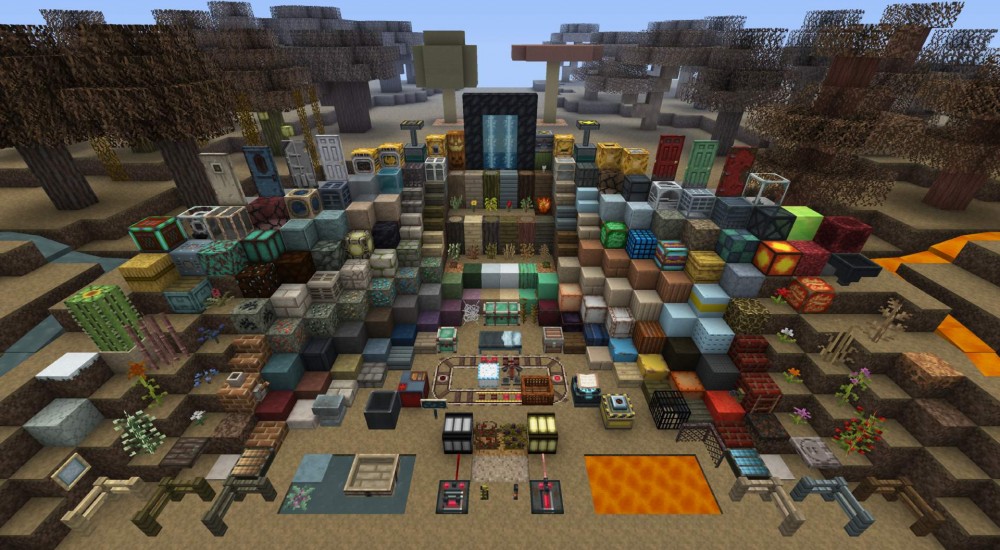 The Windows 10 Edition of Minecraft got a big update earlier this week that brings the version number up to 1.0; though it's still in beta, apparently. Anyways, along with that update, there's some "Festive Mash-Up" DLC available to purchase so you can deck the halls and all that jazz. The console versions aren't being left out of the DLC fun as they just got the "Fallout Mash-Up" DLC.

The Ender Update for the Windows 10 edition includes a lot of new content, like a dragon and a variety of items, as well as number of fixes. The update is free, but the "Festive Mash-Up" isn't. That will run you $3.99, but you'll get a new snowy world to explore and new skins, including a Krampus one.

On the consoles, the "Fallout Mash-Up" DLC runs for $5.99 and gets you things like two-headed Brahmin, Vault dweller skins, a re-skin of the UI to match up with the familiar Pip Boy look and feel, and a whole Fallout-themed world to explore. It's quite likely that the Minecraft version of Fallout will be more stable than the one from the actual game.