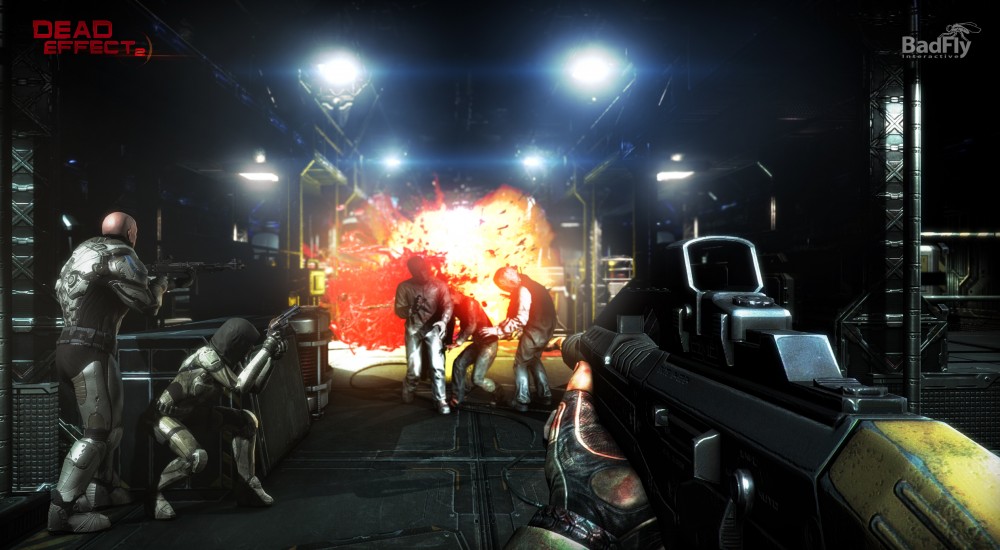 Dead Effect 2, a game with roots on mobile platforms, launched on PC back in May of 2016. The game was a cheap, but fun survival romp with some impressive visuals. One thing we found difficult was actually figuring out how to play co-op in Dead Effect 2, so much so we put together a special video on how to do it. Now with the console versions finally hitting, many folks are asking the same question.

Unfortunately the answer this time is, it's simply not there. We've confirmed with developer Bad Fly Interactive that co-op is indeed missing from Dead Effect 2 on Xbox One and PlayStation4. The reason? The source engine is proving to be quite difficult to work with on the consoles.

The multiplayer part is missing right now, because we have a lot of problems with technology and without source codes for engine (it) was hard to implement.

But maybe in future update we will implement it … it’s all about how will the game be successful.

That last line should leave folks with a bit of hope, depending on how well it does it sounds like BadFly is willing to put in the financial investment it would take to bring co-op back to the game.