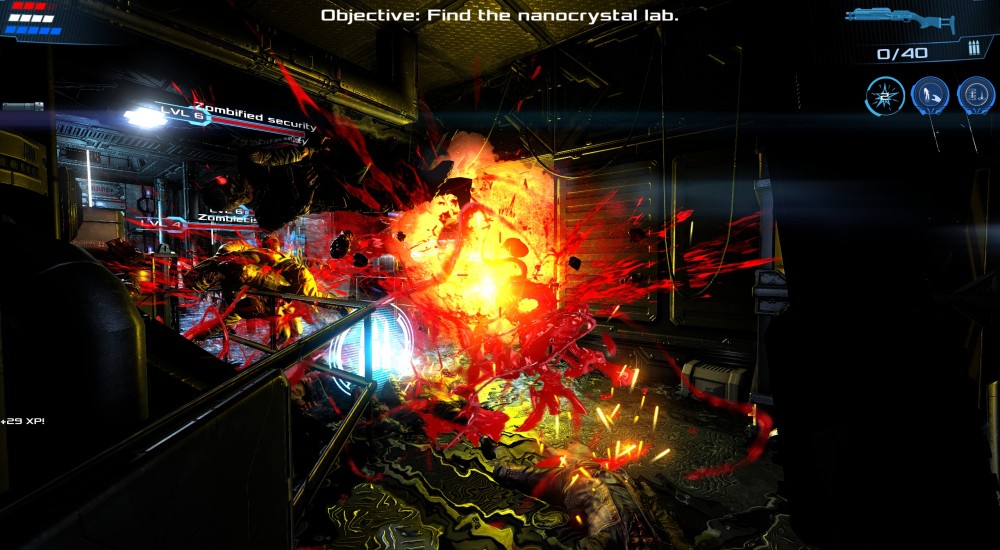 It was only just yesterday morning we unveiled Dead Effect 2, released on the PC, and coming soon to the Xbox One and PlayStation 4. Thanks to the quick response from developer BadFly Interactive, we were able to experience this video game last night on our normal Monday Night Streams.

Right from the get go it's obvious Dead Effect 2 is a port of a mobile game, visual clues within the interface design and puzzles make calls for placing your finger on the screen and such. The game's core systems are clearly designed around a free to play model, but thankfully on the PC version, require no monetary output.

The first thing we did was try to actually play the game's three player co-op mode, but quickly found this isn't unlocked from the get go. Here's our video on the early parts of the game and just exactly when and where co-op is unlocked.

Once you get past that and jump into the replayable story missions, it's time for some glorious co-op. The game has a certain "B Movie" type feel to it, but honestly, it's an impressive little title that's a nice distraction. The core gameplay isn't all that bad, the graphics are at times really impressive, and co-op play is good chaotic fun.

Here's our run through of two co-op missions after finding our good gangsta pal Minikin.