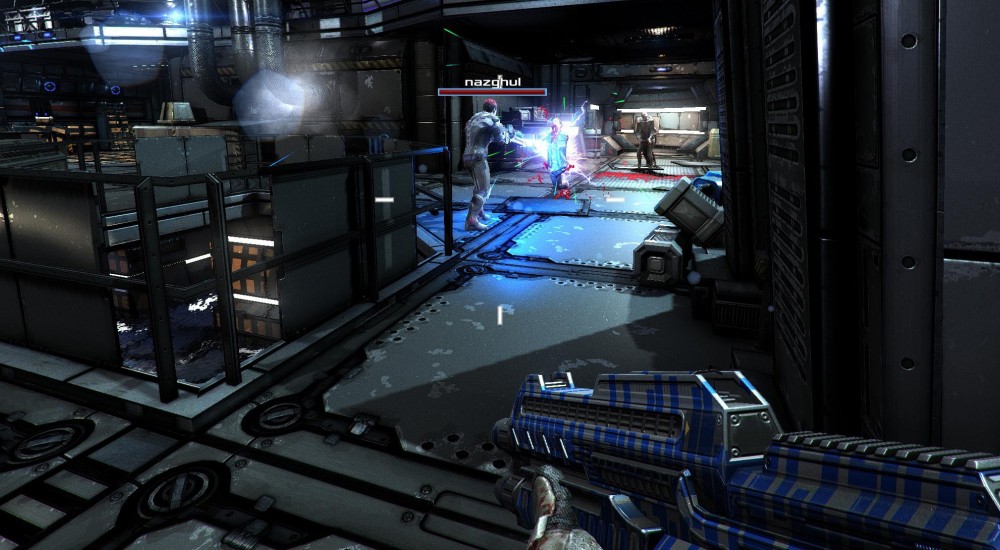 A couple years ago, developer BadFly Interactive released a sci-fi/horror FPS title, Dead Effect, that wasn't too bad as far as space zombie shooters go. The team has been working ever since on the sequel, Dead Effect 2, to not only improve the overall experience, but to add some cooperative features as well.

Set aboard the ESS Meridian (a space ship), you're tasked with going aboard the vessel and finding out what happened to the ship and its crew. The game supports up to three players online throughout the game's 20 story missions, so you can grab a few friends to help you shoot all them undead. It also has some RPG mechanics, such as weapon and character upgrades, so your team can gear up to be the most efficient killing squad in all the galaxy.

Dead Effect 2 is currently available on Steam (both PC and Mac) for $19.99. The title is also slated for a PlayStation 4 and Xbox One release sometime next month