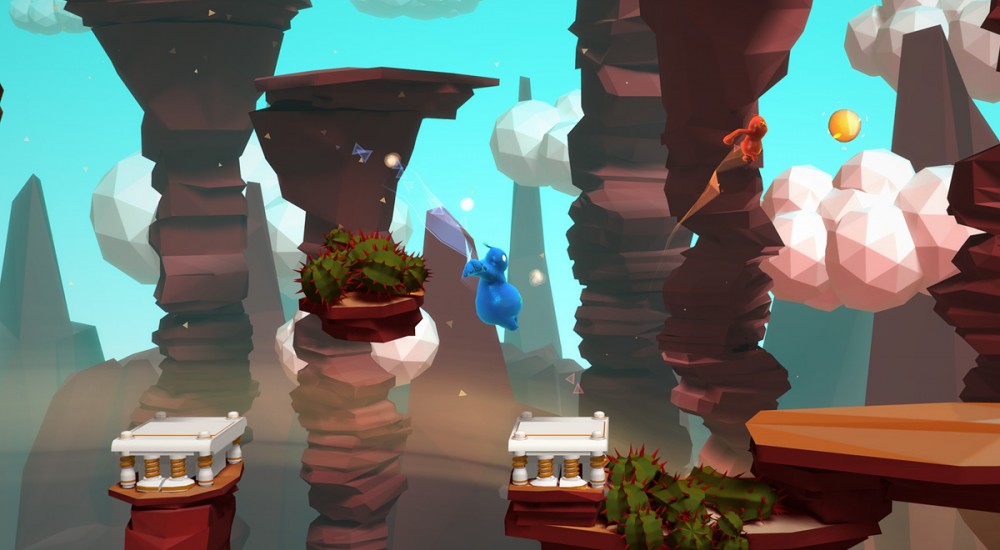 Klonk Games recently announced that their first game, Shift Happens, will officially release on February 22nd, 2017 on PC, Xbox One, and PS4. While originally planned to be a 2016 release, the developers took some extra time to polish the game.

Shift Happens is a puzzle platformer with a focus on the 2-player couch co-op experience. Players take on the roles of Bismo and Plom, two blobby guys whose masses are bound together. When one shifts sizes, the other shifts to the inverse size. Mastering this mechanic will be key to solving the puzzles as Bismo and Plom traverse the levels, which consist of four stages (laboratory, forest, canyon, grotto).

Though couch co-op was emphasize in Shift Happens' development (due to communication being vital for success), 2-player online co-op is also supported as well as a single-player campaign where the player controls both characters.

Shift Happens will be out on February 22nd on PC, Xbox One, and PS4 supporting 2-player online and local co-op. The game is currently in Steam early access.