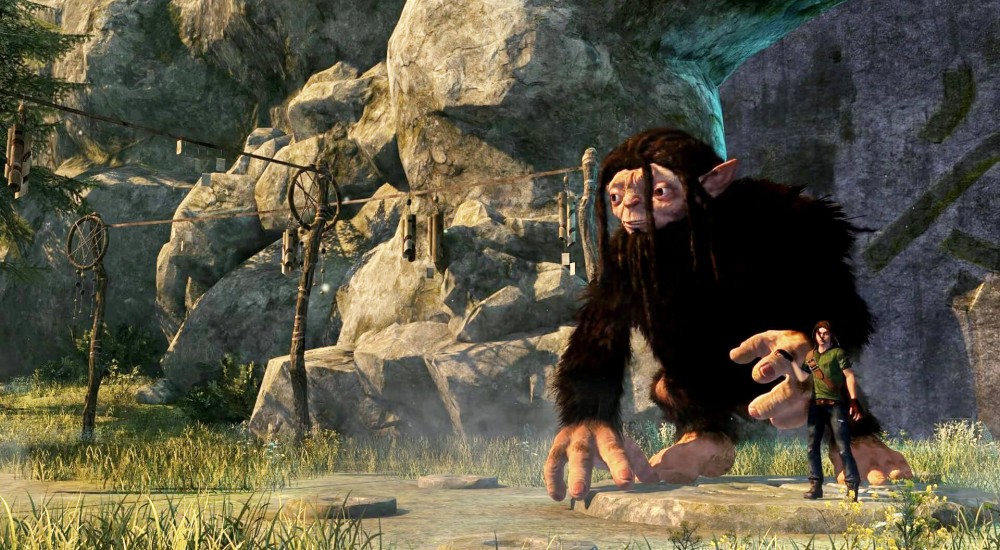 I gotta admit, having a troll as your best friend would be pretty bangin'.  Stuck in traffic?  Just have it chuck a few cars out of the way.  Want a bigger house?  Just show it where the lumber is.  Getting sent to jail for mass embezzlement?  Just pay its way through law school and have it graduate in time to represent you in court.

Spiral House, the developers of Troll and I, thought so too, but it looks like they're leaning more on the whole "mayhem and destruction" aspect than... you know, enrolling it in Harvard.  There's a new trailer out showing off the game's various features with a huge focus on the two player couch co-op.  Check it out:

Did you watch 'til the end?  If so, you may have noticed that, after the March 21st release date was reiterated for all those boring, old consoles, the words "Coming Soon" hovered over none other than the box art for the Nintendo Switch!  Move over, Zelda, there's about to be Scandinavian mythology all up in this piece.

Troll and I's asymmetrical co-op has the potential to be quite a bit of fun if pulled off properly.  Who'll be controlling the troll in your co-op setup?  Let us know in the comments!