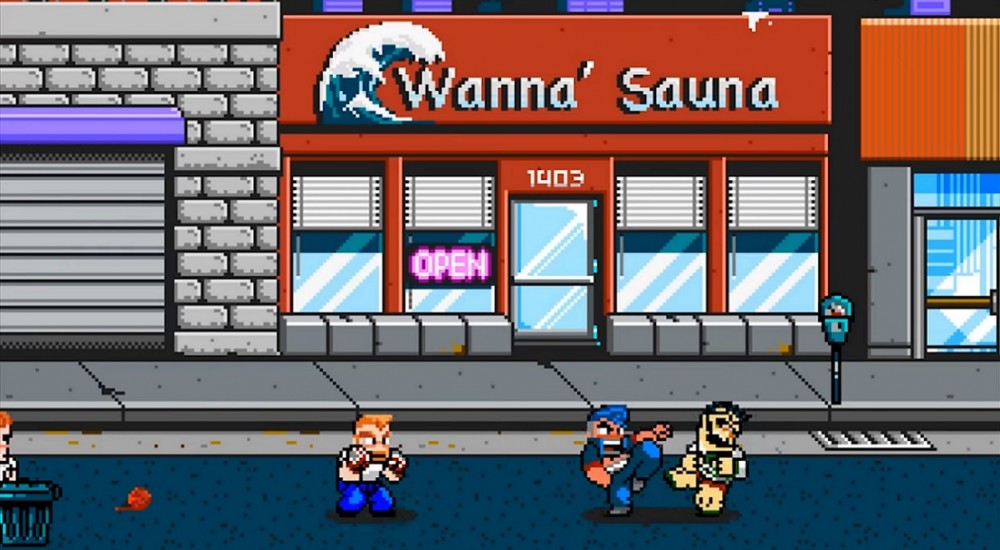 Well, it looks like Alex and Ryan (or was it Kunio and Riki?) have gotten themselves in a pickle once again, and just like last time, the only solution is to punch and kick the crap out of every living being in sight.  That's right, there's a new River City Ransom game in town!

River City Ransom: Underground popped up on Steam yesterday, and if you feel like snagging it before March 6th, it'll cost you about 16 bucks.  Wanna see what it's all about?  Check out the launch trailer below:

Obviously, the game is still firmly within the beat-em-up genre, but it seems to significantly expand on its predecessor's mechanics.  10 fighters are on offer, each with a unique moveset that can be unlocked by visiting dojos all across the city.  There's no need for hardcore RCR fans to worry, though, as there's still plenty of food to eat and mooks to beat up, which you can do while jamming to an all-new soundtrack penned by Disasterpeace!

Underground features local and online co-op for up to four players, as well as the ability to combine the two.  Stay safe out there, yeah?  You never know when guys in white t-shirts will jump you for no apparent reason.