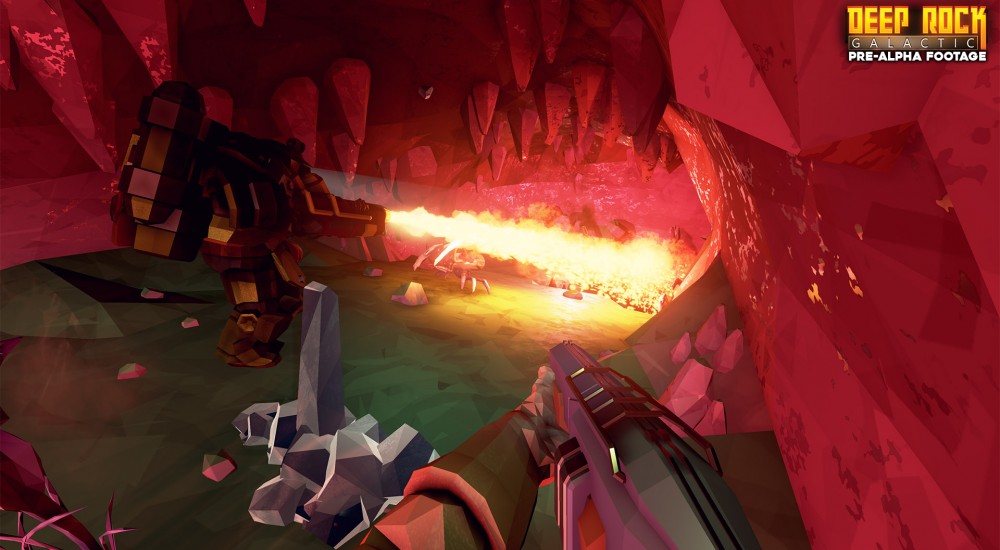 Coffee Stain Publishing have announced that they have partnered and purchased a stake of Ghost Ship Games. According to the press release Ghost Ship Games was founded by "industry veterans on a mission to create amazing co-op experiences." That's a studio we can get behind.  The first game for GSG is called Deep Rock Galactic and will be published by Coffee Stain Publishing.

Deep Rock Galactic is an upcoming "mining" game, but not like THAT mining game. You're dropped in a four player co-op FPS game with friends tasked with one thing - finding that sweet bling.

Get ready to dig deep into procedurally generated cave systems in this frantic fps co-op action game. In Deep Rock Galactic, you take the role as a space dwarf, ready to do what dwarves do best, dig for minerals and gold!