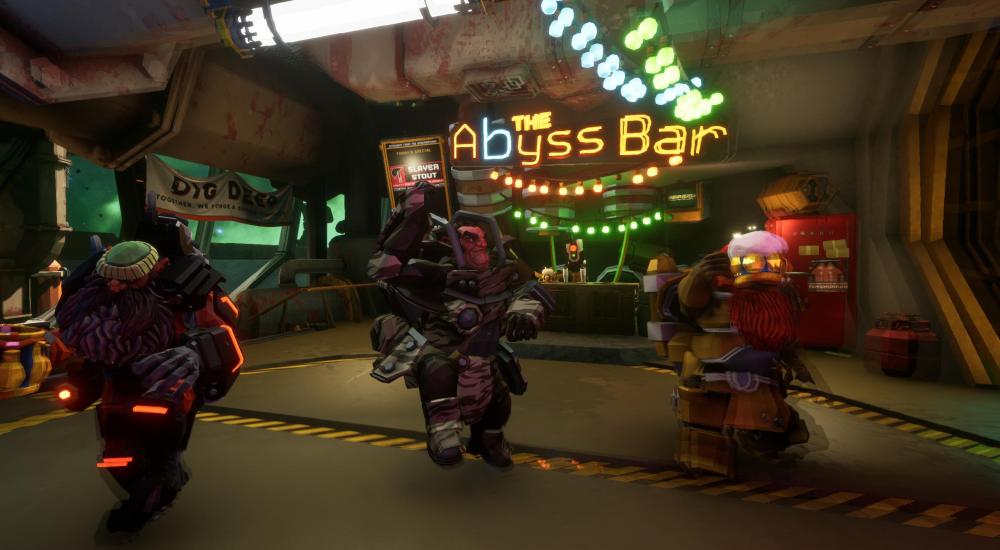 Deep Rock Galactic has been in Early Access since early 2018. And while early access doesn't always yield a positive result, DRG looks to break that mold as it officially breaks out into public release. The crew has had various experiences with the four player co-op game and we thought it was a good time to give some fresh impressions since we last looked at it in 2018.

In addition to playing with the other editors, my main multiplayer gaming group has been playing Deep Rock Galactic nearly every day since the 1.0 release dropped, so I've experienced the breadth of what the game has to offer.

Missions come in a few varieties, ranging from simple mining expeditions, to retrieving a failed expedition's equipment, to exterminating boss-class monsters. The difficulty can be tuned to whatever you're most comfortable with, which is great if you're looking for a less stressful experience.

I have two big takeaways: the first is that due to the way the classes synergize, you can find a good combination for any number of players. I find that the Scout and Engineer combo extremely well - the Engineer can place platforms which the Scout can then grapple to, for instance. Since every class is also viable for solo play, you don't necessarily always have to bring all four - some mission types (like the aforementioned exterminations) can benefit from bringing two Gunners.

The second is that, especially when you're playing on harder difficulties, failure in Deep Rock Galactic is still fun. I've had numerous experiences at Hazard 4 where the mission will go so sideways as you desperately try to right the ship, that my whole crew is just laughing the entire time. In a game fueled primarily by its random number generator (RNG), it's hard to get too mad when stuff gets real weird.

I have a few issues with the way class progression works, but the nearly endless replayability has made this the first co-op game in quite a while where I maintain multiple groups to play with. I highly, highly recommend it.