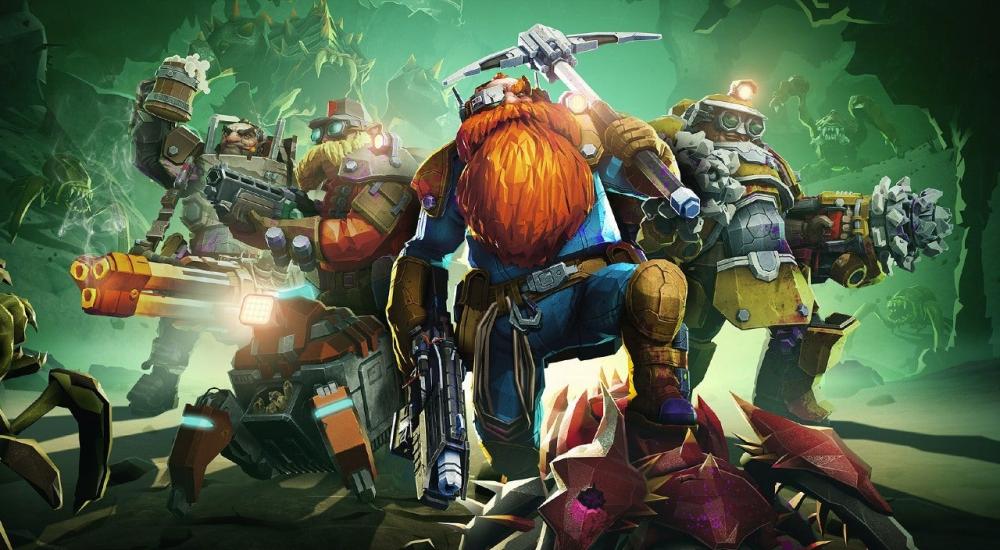 Get those drills spic and span, y'all, cause management needs this next mission to go off without a hitch.  Or, at the very least, they need these minerals to be extracted without a hitch, they're not terribly concerned about what happens to you and your glorious facial hair.

As of May 13th, 2020, Deep Rock Galactic hit 1.0, meaning it ended a two year journey through Early Access.  Ghost Ship Games has done quite a bit to the game since it first emerged from the depths in 2018, and it shows.  The launch trailer, shown below, doesn't necessarily highlight the litany of updates they've put out since initial release, but it does give newcomers a great glimpse at what the game holds in store for them.

Just because Deep Rock Galactic has hit 1.0 doesn't mean it's content-complete, though.  You can find a development roadmap taking the game through the remainder of 2020 right here.

In case you're new to the game, its mission-based co-op blends Minecraft's sense of exploration and freedom with something akin to Left 4 Dead's horde-based combat.  In between your various delves, you can spend money and other resources to upgrade equipment and perks on one of four classes, as well as customizing your suave dwarven looks.

Deep Rock Galactic is out now on PC and Xbox One.  As far as co-op is concerned, its online play supports up to four players.