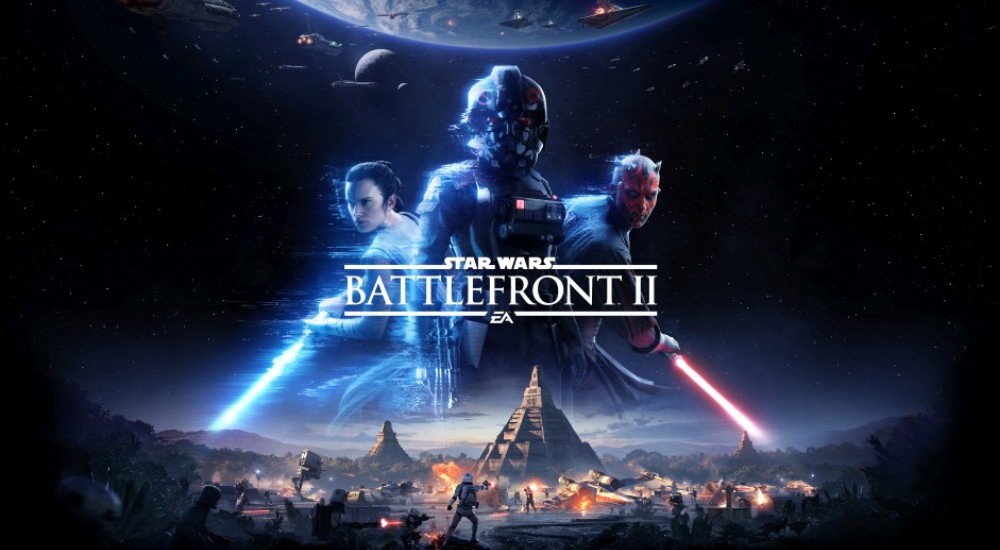 Electronic Arts has announced Star Wars Battlefront II for the Xbox One, Playstation 4 and PC. The game will span all three "trilogies" of Star Wars titles allowing fans to experience all of the classic battles alongside some new ones. Listening to fan feedback the game has a full featured single player campaign that bridges the story of Return of the Jedi to The Force Awakens, dropping you in the boots of an Imperial elite special forces unit.

Confusingly the game is named the same as the 2005 game as well. Also confusingly, the game's split-screen co-op mode is only available on consoles. There are no details if the mode will play out like 2015's Battlefront, or something new entirely.

Embark on an endless Star Wars action experience from the bestselling Star Wars HD videogame franchise of all time. Rush through waves of enemies on Starkiller Base with the power of your lightsaber in your hands. Storm through the jungle canopy of a hidden Rebel base on Yavin 4 with your fellow troopers, dispensing firepower from AT-STs. Line up your X-wing squadron for an attack on a mammoth First Order Star Destroyer in space. Or rise as a new Star Wars hero-iden, an elite Imperial special forces soldier-and discover an emotional and gripping single-player story spanning thirty years.

Experience rich and living Star Wars multiplayer battlegrounds across all three eras: prequel, classic, and new trilogy. Customize and upgrade your heroes, starfighters, or troopers, each with unique abilities to exploit in battle. Ride tauntauns or take control of tanks and speeders. Down Star Destroyers the size of cities, use the Force to prove your worth against iconic characters such as Kylo Ren, Darth Maul, or Han Solo, as you play a part in a gaming experience inspired by 40 years of timeless Star Wars films.