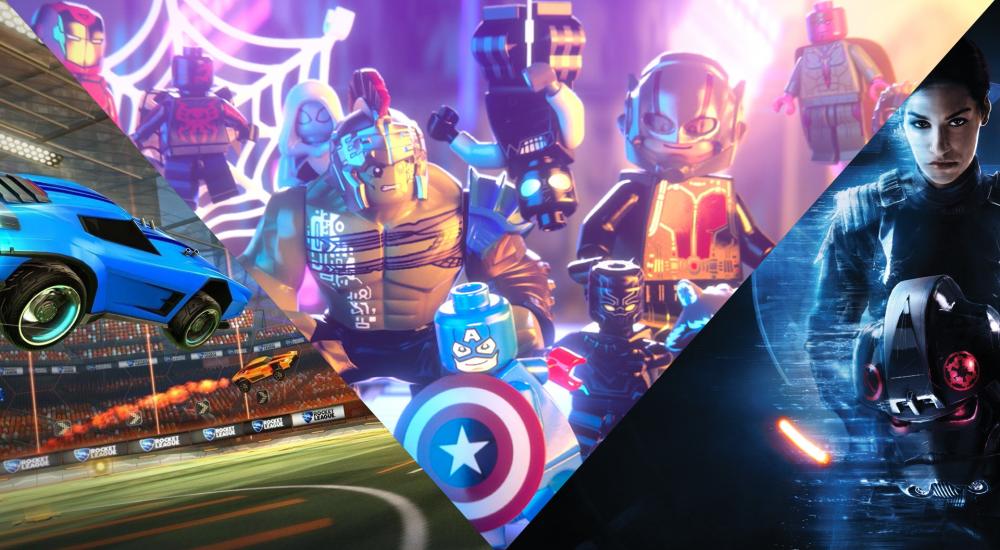 We're getting ever closer to the holiday season and that means the bigger game releases are starting to wind down for the year. This week, we've got LEGO Marvel Super Heroes 2 on all the modern platforms, Rocket League on the Switch, and Star Wars: Battlefront II on PC, PlayStation 4, and Xbox One, though it's worth noting that only the console versions of the game support co-op per our site's definition.

Star Wars: Battlefront II (Xbox One, PlayStation 4) - supports up two player couch co-op in the "Arcade" mode only. The latest Star Wars game arrives on Friday, November 17 and while it offers a new single-player campaign, its co-op offerings are pared down a bit from the previous title. Rather than support online and offline co-op, only couch co-op is supported in the Arcade mode where players can take on A.I. enemies. Couch co-op is also only supported in the console versions of the game; the PC version has no co-op whatsoever.