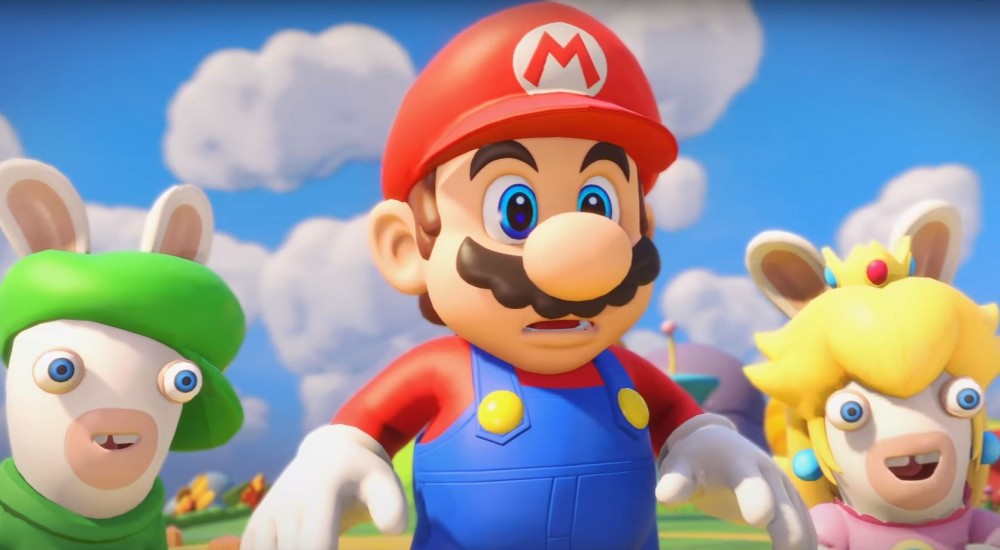 It's been rumored for some time with a lot of folks asking "is this for real," and Ubisoft finally answered all of that during their E3 press conference today. Mario Rabbids Kingdom Battle is an actual thing and it is coming to the Nintendo Switch this August.

Update: Earlier, we reported that the two player local co-op would include co-op in the campaign. This has since been clarified and the co-op will only be in specific challenges. The main campaign will be single player only.

Super Mario RPG is hands-down one of my favorite RPGs of all time and so when I heard rumors of another turn-based RPG starring Mario, I was on board. Little did I know that it would also star Rabbids AND that it would actually be more like X-Com?!? I just...

The game sees those wacky Rabbids invading the Mushroom Kingdom so Mario and crew decide to team up with some Rabbids WHO DRESS LIKE THEM and then EQUIP SOME GUNS and go hunt down the not so good Rabbids. There is so much about that sentence that causes at least three WTF gif reactions, but once we actually saw the thing in action, it looks like a lot of fun with some well though out combat. Check it out.

Mario Rabbids Kingdom Battle will support two player local co-op in specific co-op challenges only, unfortunately. We're waiting to hear some more about what all that entails and will update with more details as they come in.