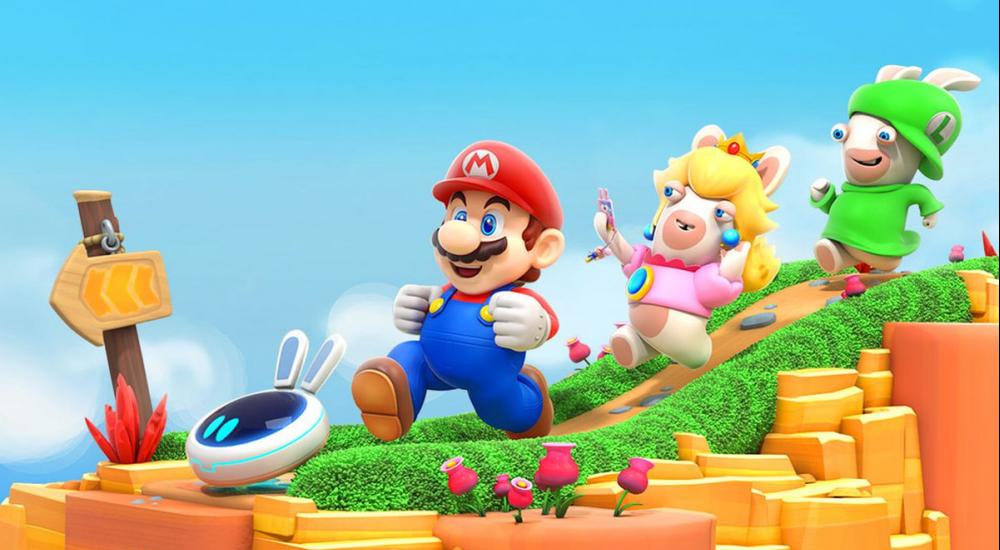 Mario and Rabbids Kingdom Battle is a match made in heaven, if heaven was some sort of madman's laboratory in France.  Despite a bit of understandable confusion when the game was first announced, it was met with delight when it released back in August.  Between the tight "X-COM lite" gameplay and playful interpretation of the Mario universe, there was a lot to love.

Now, wouldn't you know it, Ubisoft is planning to capitalize on its positive reception by releasing the game's first DLC, the "Ultra Challenge Pack".  There's some single player content in there, which revolves around a few extra difficult levels for you to sink your teeth into.  More importantly, though, the DLC contains "Cataclysm Kerfuffle", a two player local co-op campaign consisting of five new maps, each with their own harder version to unlock. The "Ultra Challenge Pack" can be purchased on its own or as part of the game's Season Pass. If you feel like picking the Pass up (or already had it), know that the next content drop is aimed for January 16th of next year and will focus more on the game's story.  Along with those two sets of levels, the Season Pass also contains sets of Pixel and Steampunk weapons for each character.  Who wouldn't want a gun called the "Boom Broom"?