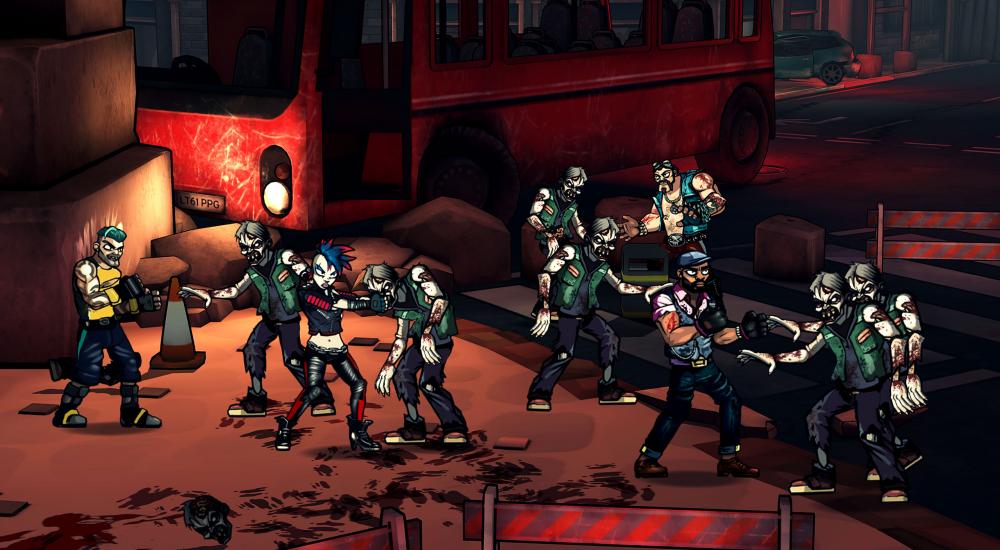 nDreams' zombie beat-em-up title, Bloody Zombies, has a release date in sight. On September 12, you and up to three of your buddies - some of whom may be in VR - can don some brass knuckles and drop some sick power bombs on the undead.

The streets of London are overrun with the living dead and its up to four survivors - Teller, Mick ‘The Brick’, Rei, and Eddie - to take out as many of them as possible. While the action is very side-scrolling brawler focused, nDreams has described the combat as "free-form" so you can chain moves together. The other big feature here is that the title supports VR players for both the PC (Rift and Vive) and PlayStation 4 versions (PSVR), as well as combo co-op. So, if you and your buddy are playing on the couch together, you could join another friend who's using the PSVR. The player wearing the VR headset is able to get a unique view of the action and can move the camera around to get a better look at what's ahead or crawling up behind you.

Bloody Zombies will be released on September 12, 2017, for the PC, PlayStation 4, and Xbox One, and will retail for $14.99. Four player online, local, and combo co-op is supported.